I Don’t See Myself As Famous-James Gardiner 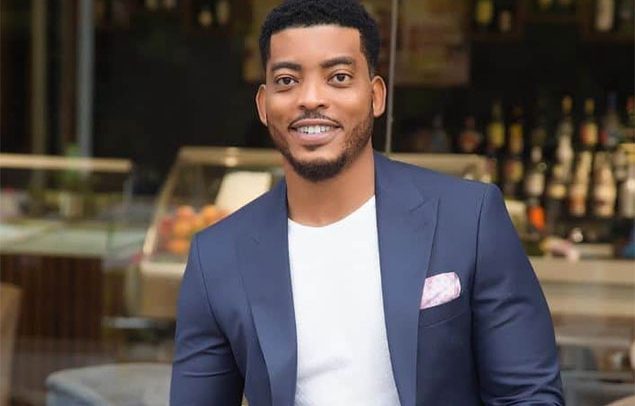 Fine actor, James Gardiner has disclosed that he doesn’t walk around thinking he is famous.

In an interview on E-Lenz on Hstv, the ‘CEO’ actor who has featured in over 50 movies in both Nigeria and Ghana indicated that he does not think he has come that far in his career to be considered famous.

According to him, he is not content with what he has done so far. Hence it is too early for him to tag himself as someone famous

“I don’t believe seeing myself or say I am famous. I don’t think I am content with where I am. It is a process; you may never know. You might be playing soccer just like Abraham Attah and then boom the next thing you are in Spiderman. So yeah I mean I am happy about how things are going and I’m thankful to my fans because without them I am nothing,” he stated.

He was reacting to a question about what fame has taken away from him during an interview about his upcoming movie, The Men We Love when he made the statement.

The new movie is a beautiful tale of four ladies; Cameo, Samantha, Shantel and Michelle who are not related by blood or anything remotely close to it but all they share in common is their femininity, embitterment and craving for their psychological and emotional freedom.

The rest are Nana Ansomah, Nana Made In China, Kweku Elliot and Sophia Kalorizos among others.

The movie is set to premiere on Valentine’s Day, Monday, February 14 at Silverbird Cinemas at the Accra Mall at 7 pm.

James said he played the role of Gregg who happens to be tangled in the lives of two women that brought about a lot of drama.