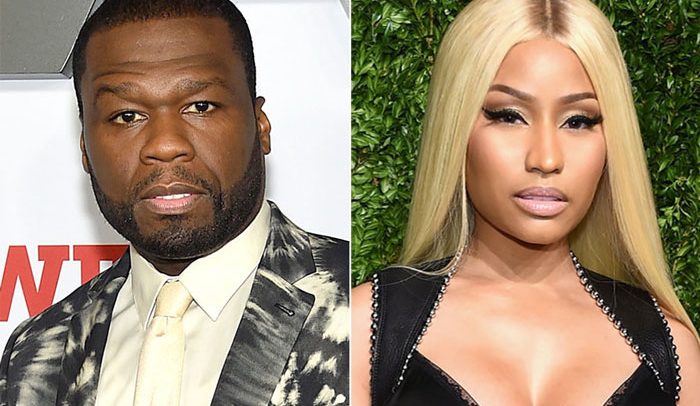 50 Cent has weighed in on rapper Nicki Minaj’s surprise announcement that she plans to retire from music and start a family.

Taking to his Instagram, the ‘Power’ producer posted a photo of Nicki and her boyfriend Kenneth Petty and wrote, “Both these ni**as crazy, but you know you gotta love it South side.”

And while he can be brash with his controversial commentary, he said he’s not ready to see Nicki hang up the mic. However, he does think she should take a break.

“I don’t want @nickiminaj to retire just take a break,” he added.

Nicki blindsided her fans and her team with her big announcement. She had reportedly been in the studio working on new music in recent weeks and made plans to record with several artistes in the last few days. Those close to her believe she’s just taking a break from the ‘haters’ and just needs time to re-evaluate.

She apologised to her fans for the “abrupt and insensitive” way she announced the news and promised to continue the discussion on a future episode of ‘Queen Radio’.

“I’m still right here. Still madly in love with you guys & you know that,” she tweeted. “In hindsight, this should’ve been a Queen Radio discussion & it will be. I promise u guys will be happy. No guests, just us talking about everything. The tweet was abrupt & insensitive, I apologize babe.”

The ‘Queen’ rapper plans to get married and start a family. In July, she and Petty took a trip to the Beverly Hills Courthouse to get their marriage license. “I’m not saying I’m pregnant. That’s the end goal,” she said.

I’m Not A Clearing Agent - Nana