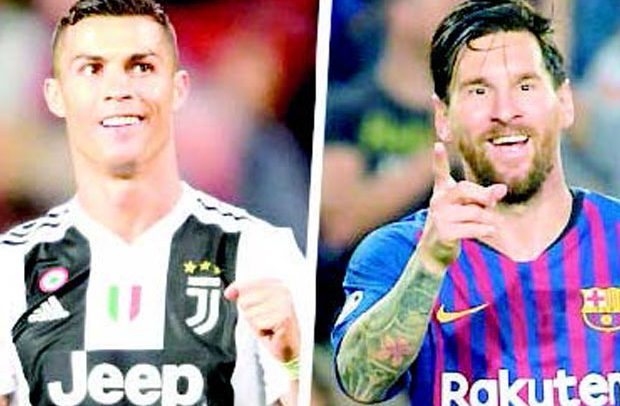 Barcelona forward Lionel Messi has said he misses his rivalry with Cristiano Ronaldo and would have liked his fellow five-time Ballon d’Or winner to have continued in La Liga.

Ronaldo left Real Madrid as the club’s all-time top scorer to join Juventus in a €100 million transfer in the summer of 2018. Since his departure to Turin, the two superstars have not faced each other.

“Yes, I would have liked for Cristiano to continue in the Spanish league, at Madrid,” Messi said in an interview with Catalan radio RAC 1. “I think it gave an extra impetus to our rivalry, to the Clasico and to La Liga overall.

“I remember I said earlier this year that Madrid would notice Cristiano’s departure, just as any other team would, but even so, they have enough players to be at the top and fighting for everything. It’s Madrid and they have a lot of history.”

Messi and Ronaldo have always contended for major individual honours, however the Argentina forward said this has never been his priority.

“I’ve never thought about finishing my career with more Ballon d’Or awards than Cristiano,” he said.

Messi also said he considered leaving Barcelona and moving overseas during the years he was investigated by the Spanish tax authorities. In the summer of 2016, the Argentina captain and his father were found guilty of defrauding the tax authorities of €4.1m between 2007 and 2009.

“I’ve had several [difficult] periods, especially in 2013 and 2014 when I started having a problem with the Spanish tax authority and everything that came out,” Messi added. “It was difficult for me and for my family.

“I think I was the first one [to be investigated by the tax authorities] and that is why everything was so hard. From then on, they showed they were going all out with me and proved that they would target all sports and footballers.

“I think I had the door open to many teams although I have never had an official offer because everyone knew of my wish and eagerness to continue at Barca.