I Miss You- Kumawood Actor To Late Wife 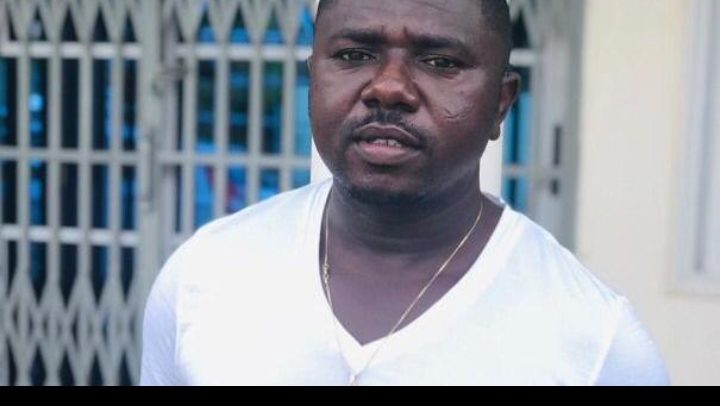 Kumawood actor, Okomfo Kolegae can’t stop mourning the sad demise of his pregnant wife who died while giving birth to their child.

In a lengthy tribute to his wife, he said he misses all the good memories he shared with his late wife.

“Her death has made me sit down and reflect. It has made me to put things in perspective. I am still in a state of shock,” he lamented.

“The grief and pain can be unbearable; you cry a river and your sorrow knows no end. It seems like an irreplaceable part of one’s life is gone. You never really know what it’s like until you are there yourself, but you look to God because he is the only one who can comfort you”.

According to him, he is finding it hard to accept the death of his wife, especially as he did not get to say his final goodbye, having left her all alone in the labour ward.

The actor described ‘Incharge’, as he affectionately called her, as his friend, colleague, sister, companion, partner and above all wife.

Despite their relationship dating a while back when they were still naïve about love and life, Okomfo Kolegae revealed his wife has been his pillar of support, especially in the religious aspect.

“Having you in my life, was the best dream come true. Since you have left this world, words cannot describe the emptiness inside me. I get so lost without you but I am sure you are with the Lord.

You are with angels singing and praising the almighty whom you served while on earth with all your heart. You can no longer be seen by human eye, but your soul and love that you gave so many will never die. Since you are with the angels, please I need you as my guide and intercessor in heaven,” a part of the tribute read.

Okomfo Kolegae added that he sorely misses his wife; her mind, body and soul, and the things she taught him which include the value of family and the truest form of love.

“Millicent, I miss the wonderful plans we made. The memories we shared will never fade. I know that I should not question God obviously because He knows and has His reasons but I can’t help constantly asking myself ‘Why did you have to die’? We have a number of dreams we hoped we will realize. You served God fervently.

“I take it you are the best of the roses in the garden and the almighty wants the best. I know what you will love to hear and see and I will endeavor to always do those things. I wonder if I had lived the way you did, if God would have taken me too?”

God knows best – he ended the tribute as he prepares to bid his final farewell on Saturday, December 17.

Nothing Wrong With Managers Having Sex With Female Artistes- Adina