I’m In No Competition With My Show – Abena Kyei Boakye 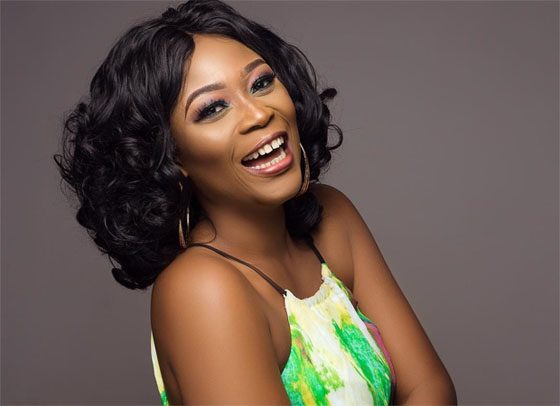 Actress Abena Kyei Boakye, who is the host of Eno Cooking Show on Atinka TV, has reacted to claims that she is competing with other actresses who host similar cooking shows on TV.

In an interview, the actress indicated that she is rather focused on achieving good results and aiming at being unique from the others.

“Competition is too much work for any person to think about. I think competition is a stray from focus. For me, it’s important for one to identify what he or she loves doing and then works to achieve it, create a brand out of it and let everyone else follow your footsteps,” she told NEWS-ONE on Wednesday.

“I have always loved to learn from my mistakes, and ready to be corrected whenever I’m going wrong, especially when it comes to work. I can never be in a competition with other cooking shows,” she indicated.

“Eno Show’s ideology and its focus is way different from other shows. Like I said, if I should think of competition, I will end up deviating from the beliefs and aspirations on which Eno Show was/is founded,” she also added.

In recent times, there has been an upsurge in the number of cooking shows on Ghanaian TV platforms, with actresses as hosts. Among the top ranking ones are the Yvonne Okoro’s Dining With, Nana Ama McBrown’s Kitchen and The Eno Cooking Show.

On the Eno Cooking Show, only Ghanaian delicacies are prepared, but some persons have a reason to believe the host has set out to compete with other shows.

However, Abena has debunked those claims, reiterating that she is just focused on producing a great show.

“All I seek to do is to become the number one top show so that others can rather learn from me. I believe in women supporting one another, hence our support for the girl child and the youth, as a whole by inculcating in them home management skills on the show every week,” she concluded.