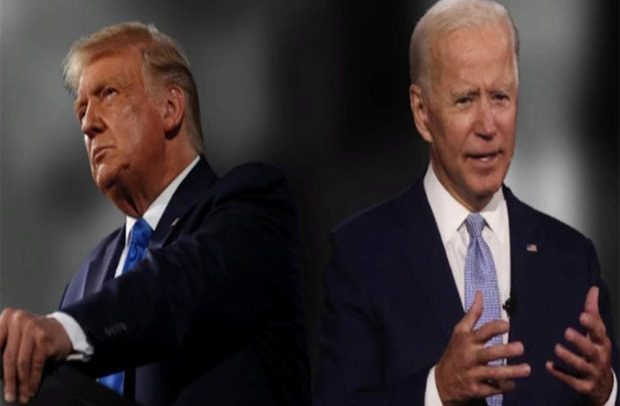 The first of three US presidential debates for the November 3, 2020 elections, was marred by insults and interruptions.

Mr Biden started the insults after Mr Trump interrupted him and the moderator, Chris Wallace on several occasions from the onset of the debate.

In expressing his apparent frustration about the interruptions from President, Mr Biden quizzed the American leader: “would you shut up?”.

He went on to label Mr Trump as a clown.

Mr Biden had been asked by the moderator to have his final word.

But he retorted that “I don’t want to have a final word with this clown (Trump).”

Mr Trump went on to say Mr Biden was not a “smart” man.

Along the line once again, Mr Biden called Mr Trump a “puppet” of the Russian President Vladimir Putin.

During the debate monitored by DGN Online, Mr Biden said President Trump has failed to face Mr Putin “Head-to-Head” as he did while serving as Vice President under the Obama administration.

He stated that Trump has made America weak, sending the US economy into recession.

But Mr Trump made reference to how MR Biden once said the US Armed Forces were “stupid.”

On the agenda for the debate were the economy, Covid19, the US Supreme Court and race.

President Trump failed to condemn white supremacists and was not clear if he would accept the 2020 elections results if he loses.

He alleged the electoral system was fraudulent and that if the elections were free and fair “I am onboard”.