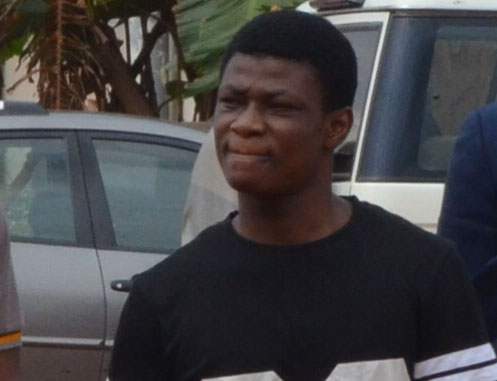 A phone repairer and witness in the J.B. Danquah Adu murder trial, has told an Accra High Court that he told the Police that Daniel Asiedu aka Sexy Dondon’s wife is his sister.

He said Asiedu’s wife, one Janet, happened to be the daughter of his mother’s friend from childhood, so growing up, he knew Janet as family that was how come they became “brothers and sisters”.

During a cross-examination by Yaw Dankwah, Counsel for the accused persons (Asiedu and Vincent Bossu, aka Junior Agogo), asked the witness whether he loved Janet as a sister and he answered in the affirmative, saying, “l do not have anything against her.”

The witness agreed with the Counsel that he knew the supposed sister very well, “since their childhood till now but l do not know what she does in secret and in her private life.”

He also agreed that they cared for each other and he offered her support when the need arose.

Counsel said, in the witness statement to the Police, he referred to the Janet as his sister, and asked, did he explained to the Police that she was not his biological sister? He answered in the affirmative.

“l told the Police she is my sister, even though we are not siblings and cannot tell why they chose to summarize,” he said.

“Your statement was read to you but you did not tell them that a portion was omitted, why?” The Counsel asked, and the witness said he did not ask them because the summary sounded appropriate to him.

The case has been adjourned to July 26, 2021 for continuation.

Asiedu and Bossu are being held for their various alleged roles in the murder of Mr Danquah Adu at his residence at Shiashie, near East Legon, on February 9, 2016.

Asiedu is additionally being held over robbery, while both face a charge of conspiracy to commit robbery.

They have, however, denied the offences before a seven-member jury and remanded into lawful custody.
GNA