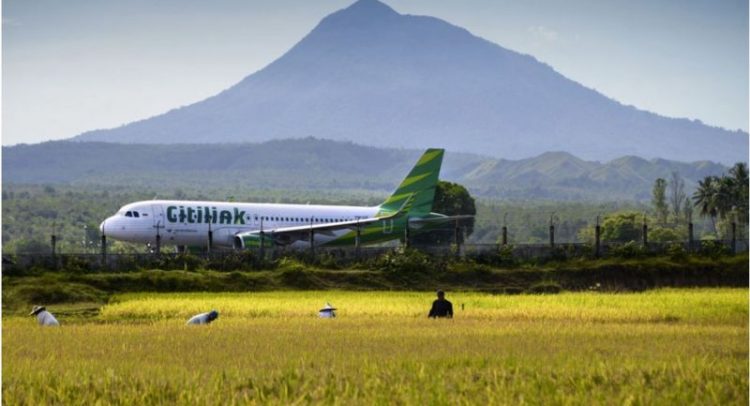 A Covid-positive Indonesian man who disguised himself as his wife to board a domestic flight was caught mid-air.

The man, who has only been identified by his initials, DW, wore a full-face veil known as a niqab to board.

He was also carrying his wife’s passport and her negative Covid test result.

He may never have been caught if he had not changed into his regular clothes midway through the flight, causing a stewardess to raise the alarm.

Most airlines have restricted travel during the Eidh al-Adha holiday which began on 19 July.

Police told reporters that the man was detained after the plane landed and was tested immediately.

Upon discovering he was positive for the virus, he was ordered to self-isolate at home.

Police say they will move to prosecute him as soon as his quarantine ends.

The incident comes amid strict restrictions on travel in Indonesia, which has rapidly become the epicentre of the virus in Asia.

In recent weeks, hospitals have been overwhelmed by an influx of patients and a lack of resources including oxygen.

Almost three million people have been infected and more than 72,000 have died.

A slow vaccination rollout and the onset of the highly infectious Delta variant have been cited as reasons for the continuing spread of the virus.