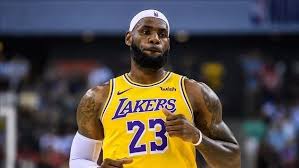 LeBron James is now a billionaire and for that matter the first active NBA player to chalk such a feat.

He has made $1 billion since becoming professional basketballer.

He became a billionaire after Space Jam: A New Legacy, in which he starred and produced, raised $31.6 million in revenue during its opening weekend.

A report by Sportico says LeBron has earned $330 million in his playing salary alone since being drafted in 2003.

LeBron, aged 36, according to report, has made another $700 million off the court through endorsements deals, merchandise, licensing, and his media production company, SpringHill Co.

He has endorsement deals, including partnerships with AT&T, Beats Electronics, Blaze Pizza, GMC, Nike, PepsiCo, Rimowa, and Walmart garner over $100 million every year.