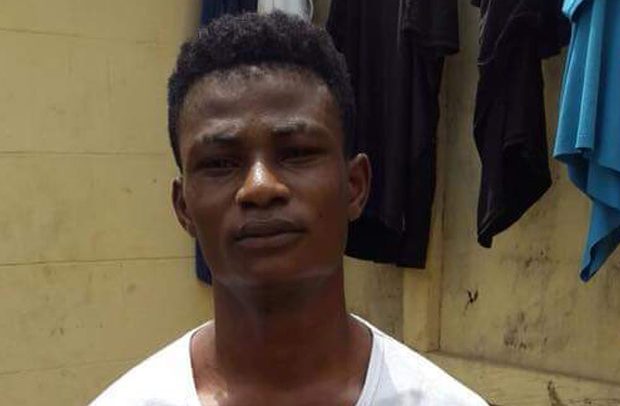 It has emerged that Daniel Asiedu, aka Sexy Don Don, who is standing trial for the gruesome murder of the Abuakwa North MP, JB Danquah-Adu, gave two mobile phones belonging to the deceased to a phone technician to unlock for hm.

Kenneth Koranchie, the prosecution’s third witness, led in his evidence in chief by Sefakor Batse, a Principal State Attorney, told the court that the accused initially gave the phones to him on the night of February 9, 2016 for him to charge them.

He said the accused person returned in the morning and this time around, requested him to unlock the two iPhones – iPhone 4s and iPhone 5.

The witness told the court that he had known the accused person for six to seven years through Asiedu’s girlfriend, one Janet, who is a family friend.

Daniel Asiedu is before the court facing charges of murder and conspiracy to commit robbery.

Mr. Koranchie in his evidence in chief told the court presided over by Justice Lydia Osei Marfo that on February 9, 2016, at about 3am, he was in his room when he heard a knock on the door and he was frightened because he was not expecting any visitor at that time.

He said the person kept knocking so he decided to peep through the window only to see Daniel Asiedu who was only wearing a boxer short.

The witness stated that upon opening the door, the accused person asked him to charge his (accused’s) phones for him because he claimed he was not having light.

The witness said Asiedu was bleeding from the hand and asked him (witness) to heat water for him.

He said after handing over the hot water to the accused, he went back to his room and upon examining the mobile phones given to him by Asiedu, he realised the battery of one them was completely dead while the other had a little power left so he decided to put the one that was dead on the charger and he went back to sleep.

The witness continued that Asiedu returned the following morning demanding another hot water and later asked him (witness) whether he will be going to town and when he said yes, the accused then requested him to unlock the two phones for him in town.

Kenneth Koranchie said he was in his room till about 7am when his younger brother came knocking at the door and enquired from him whether he had heard the news about the murder of an MP.

He said he upon removing the phone that he had placed on charge the previous night, he swiped it and it opened since there was no lock on it.

He said after seeing the first six photos on the phone, nothing showed that the phone belonged to Daniel Asiedu.

He said the sixth item was a video and when he decided to play it he saw a gentleman recording himself saying “this is Buckingham Palace” with people behind him and one of them called out the name ‘JB’ so the said JB turned and the video ended.

The witness said he later realised that the picture he saw on the phone was the same picture in the news concerning the murdered MP.

Kenneth Koranchie said he then gathered his things together with the two mobile phones given to him by Asiedu and went to town.

He said upon reaching town, he showed the images to a friend named Joe who identified them as those of the murdered MP and further enquired where got the phone from, and he disclosed that it was Daniel Asiedu who brought it to him.

He said he then asked Joe to assist him to inform the police about the mobile phones, and Joe introduced him to one Nana who attends NPP meetings to assist them.

The witness later told the court how they went through the contact of the phone and they saw Ursula Owusu’s phone number on it and they called her trying to narrate the incident to her but she did not respond to the calls.

He said they later sent her a text message and she directed them to meet her, and upon meeting her she declined touching the phones and took them in a vehicle and she drove to Kanda where they met some police officers who later took him and the others to the Nima Police Station.