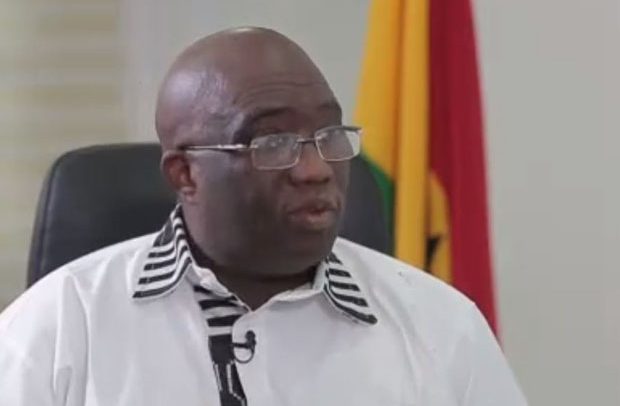 Joe Ghartey
Counsel for Joe Ghartey, MP for Essikado-Ketan, Frank Davies, has filed an appeal in the Court of Appeal at Cape Coast to reverse the decision of the High Court, which ignored the fact that the parliamentary election petition was signed by the lawyer instead of the petitioner.
The petitioner, Dr. Grace Ayensu-Danquah, had gone to the High Court in Sekondi, to order the 2nd Respondent, the Electoral Commission of Ghana, to annul the results and produce the original pink sheets for a re-count of the votes cast in the December 2020 parliamentary polls.
However, the petition filed by the lawyer for the petitioner was signed by the lawyer and not the petitioner, and this decision though opposed by the first Respondent, Joe Ghartey, was upheld by the court hence this instant appeal.
Counsel for first Respondent/Appellant said the trial judge likened a Parliamentary election petition to a writ of summons and divorce petition on account of the fact that the commencement of proceedings by a writ of summons and a divorce petition, is governed by C.I.47, a subsidiary legislation.
The first respondent/appellant said the trial judge erred in law when he held that a lawyer can sign a Parliamentary election petition within the meaning of section 17 of PNDC Law 284.
The Appellant indicated that there were further grounds to be filed upon receipt of the record of appeal.
In seeking a relief from the court, first respondent/appellant said the ruling of the High Court at Sekondi, on 23 March 2021, dismissing Respondent’s/Appellant’s motion for an order dismissing the petition pursuant to Order 11 R. 18(1)(d) of C.I. 47 and under the inherent jurisdiction of the High Court, be set aside or reversed.
Counsel for the petitioner, David Kwadzo Ametefe, argued against the dismissal of the application of which the court presided over by Justice Dr. Richmond Osei Hwere, agreed with him.