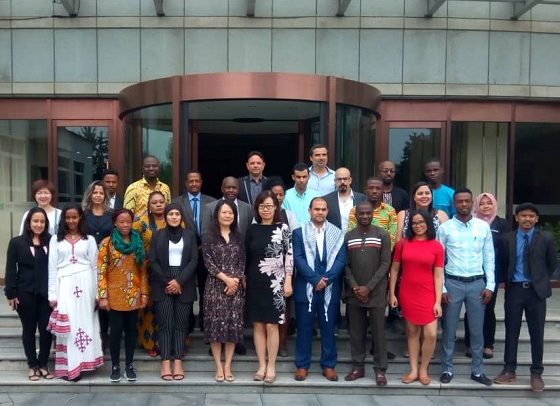 A seminar for media and documentary filmmaking professionals from 15 developing countries is underway at the Research and Training Institute (RTI) of National Radio and TV Administration (NRTA) in Beijing, China.

The three-week seminar is aimed at sharpening the skills of a total of 41 professionals and also to introduce them to new techniques in media management and documentary filmmaking production.

In a move to enhancing the skills of media professionals and documentary filmmakers and to further strengthen the international collaboration between China and developing countries, the government of the People’s Republic of China, through its Ministry of Commerce and the Ministry of Foreign Affairs, is sponsoring the training which is expected to end later in August.

Among the topics being taught include the China TV series making, how to tell a better story in the multimedia era, translation of Chinese film and culture, and creative industries in China.

The participants are also expected to share their experiences and also learn new trends in the radio and television industry.

Opening the seminar, the Vice President of the Research and Training Institute of NRTA, Liu Ying, expressed that she would be happy to collaborate with Ghana and other African countries in the development of their media and documentary filmmaking industries.

Currently, China has a total of 2,218 television and radio stations including 147 radio and 157 television networks across the world which are all state owned.

They also have 42 educational stations dedicated for only educational programmes for both adult and school children across the country.

The large television and radio presence in China has made the country the largest producer of radio and TV content with enormous quality and productivity.

China is one of the economic power house in the world because it has made the spread of information easy and accessible with every province and district having its own radio and television network to disseminate government policies to the local people.

It also spread its culture and lifestyle to the outside world through famous movies and documentaries and looks forward to increasing the number of such products by enhancing collaboration with other developing countries, including Ghana.

Docuchina is among one of the many Chinese documentary filmmaking exploring China and producing documentaries that is projecting their culture, new technologies and local governance.