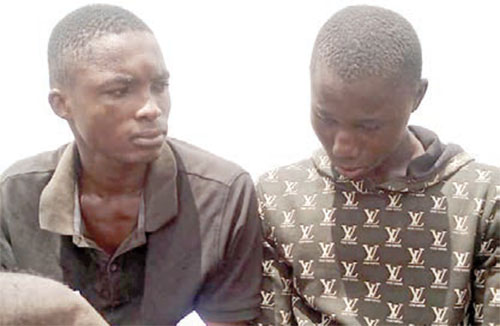 An Accra High Court on Tuesday was unable to empanel a jury to preside over the trial of two teenagers who allegedly killed an 11-year-old boy at Kasoa in the Central Region last year.

This was due to the absence of a pool of prospective jurors to be empaneled to hear the case in which the two have been charged with murder of the young boy for money ritual purposes.

The court had demanded for a competent jury made up of persons who are not already engaged in several cases or those with medical conditions which will compel them to frequently seek excuses to absent themselves from the trial.

The court was however, unable to empanel the jury as expected, and Justice Lydia Osei Marfo indicated that she had been informed that letters had been sent out to institutions to get the prospective jurors.

“To do effective trial, I requested for new crop of qualified men and women who are not involved in several cases to be summoned so as to undertake this exercise. In view of this, I have been informed that letters have been sent to get all such people from the various institutions, therefore, we need to exercise patience for the administration to take up this duty,” she stated.

The court subsequently adjourned the case to July 25 for the empaneling of the jury to hear that case.

The two teenagers were committed by a Kaneshie Magistrate Court last year August after it found that there was enough evidence for them to stand trial for the alleged murder of Ishmael Mensah Abdallah.

The court, during the committal proceedings, was shocked when one of the teenagers ‘confessed’ that they killed a pregnant woman prior to the gruesome killing of Ishmael Mensah Abdallah for money rituals.

He was surprised his accomplice was not willing to confess to the crime, insisting before open court that this was not the first time they had killed.

He also told the court how he had seen the ghost of the young boy (Abdallah), who threatened to kill him if he fails to confess to the crime.

The murder of the 11-year-old boy stunned the nation when graphic pictures of the deceased in the midst of an angry crowd being prevented by the police from lynching the teenagers, went viral on social media and on mainstream media.

‘Music Is Now Better Than Before’