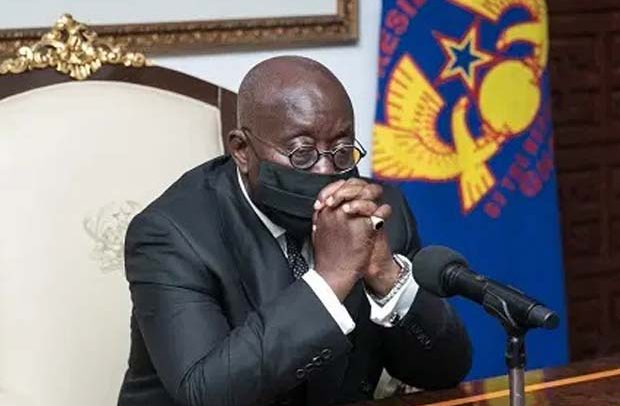 President Nana Addo Dankwa Akufo-Addo has appealed to a section of the Majority Caucus of Parliament demanding the dismissal of Finance Minister, Ken Ofori-Atta to hold on till the government concludes negotiations with the International Monetary Fund (IMF).

According to the President, terminating immediately the appointment of the Finance Minister will disrupt the programme.

This came to light after the aggrieved Members of Parliament, met with the President at the Jubilee House yesterday, DGN Online can report.

This follows call on Tuesday, October 25, 2022, by Members of Parliament (MPs) from the ruling New Patriotic Party (NPP) calling for the sacking of the country’s Finance Minister, Ken Ofori-Atta and the Minister of State at the Finance Ministry, Charles Adu Boahen.

Ghana’s economy in recent months has taken a nosedive, with the nation witnessing high inflation, serious depreciation of the Ghana cedi against major international currencies, especially the US Dollar.

The Member of Parliament for the Asante-Akim North Constituency and spokesperson for the aggrieved Majority MPs, Andy Kwame Appiah-Kubi, told to the media in a presser on Tuesday that sacking Ofori-Atta and Adu Boahen will help restore confidence in Ghana’s economy.

According to him, “The recent development within the economy is of major concern to our caucus and our constituents. We have made our grave concern known to our president through the parliamentary leadership and the leadership of the party without any positive response.”

He continued that “We are by this medium communicating our strong desire that the president changes the Minister of Finance and the Minister of State at the Finance Ministry without further delay in order to restore hope to the financial sector and reverse the downward trend in the growth of the economy.”

However, President Akufo-Addo in a meeting with the MPs asked that more time be given the embattled Ken Ofori-Atta.

Ghana is expected to reach a deal with the IMF in three weeks for a $3 billion balance of payment support as President Akufo-Addo is of the opinion that the IMF deal could be disrupted if Mr. Ofori-Atta is sacked now.