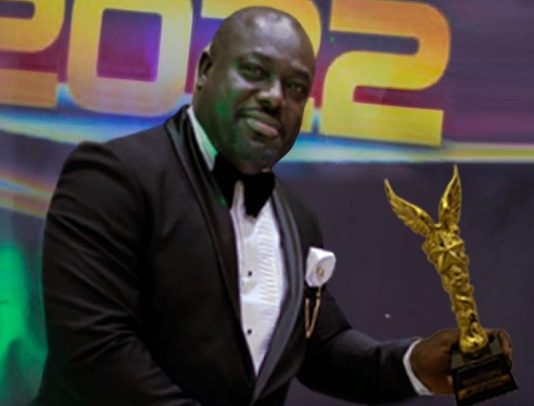 KGA, who is the only media personality from the Western Region to have ever hosted the Miss Ghana beauty pageant and the National Dance Championship in the late 90s, was adjudged as the best news and current affairs host of the year for his excellence in broadcasting under the 2021/2022 year review.

The award scheme’s prime objective is to honour personalities and institutions that are excelling in their respective niche of service.

KGA in an interview with the media after receiving the award said it was an honour that must be cherished, adding that “My good track records and professional style of presentation on radio and as host of corporate events has done the trick.”

KGA, who has over two decades of experience in the media industry and much known within the corporate and media landscape, has made a lot of impact on radio, paving the way for him to be counted among the best in the Western Region.

He was among the pioneers of the first private station in the Western Region, Skyy Power FM, and was the producer for various programmes including a relationship building show called ‘Get Closer’.

He has been involved as a master of ceremonies (MC) for high profile corporate and national events in the country.

His trump card has been his interviewing skills, emanating from his love and passion for research, and he could boast of solid experience in the radio space.

The trained broadcaster was once a management executive of Silver 92.3 FM in Takoradi and later become the pioneer of the first privately owned media house in the Sekondi-Takoradi Metropolis where he produced various programmes.