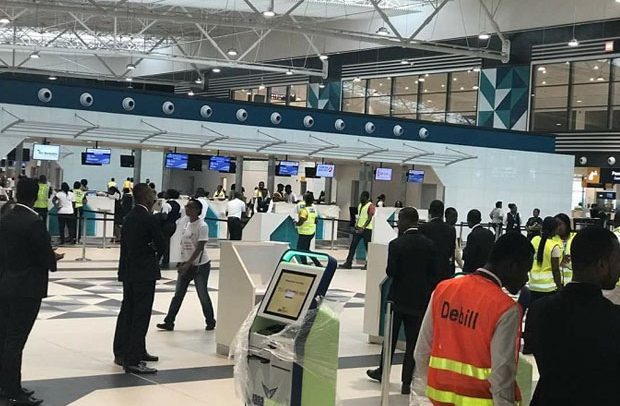 The number of positive COVID-19 cases being recorded among international travellers at the Kotoka International Airport (KIA) has increased in the last couple of days.

Providers of the mandatory PCR test at the airport, Frontier Health Services, in a statement addressed to Managing Director of the Ghana Airport Company Limited, Yaw Kwakwa, and copied to the Ministry of Health, said 75 new cases were recorded on Saturday, April 24.

“This exceeds the previous highest rate of 45 positive cases on the 21st of April, 2021,” the statement signed by Managing Director of Frontier Health Services, Dr. Kudzo Seneadza said.

He appealed to all stakeholders to implement stringent measures on quality of PCR results acceptable for entry into the Republic of Ghana.

“It has become imperative to implement new guidelines to curtail the influx of positive cases into the country,” he added.

According to the GHS latest case management update, 1,497 positive cases have been recorded among international travellers as at April 21.

A total of 92,166 COVID-19 cases have been recorded so far with 777 fatalities being counted by the health authority.

Pressure group, OccupyGhana, waded into the controversy when it said in a statement that it “has read with concern reports from Frontiers Services Limited, the COVID-19 Antigen testing lab based at the Kotoka International Airport (KIA), about the sudden and alarming increase in positive cases arriving in the country over the past week.”

They said “with the devastating effects of the 2nd COVID-19 wave at the beginning of the year still fresh in our minds, we appeal to the Ghana Health Service (GHS) to leave no stone unturned in reducing the importation of positive cases,” adding “judging by the terrible effects of the third wave of COVID-19 which has crippled health systems and led to the loss of thousands of lives in several countries, a third wave in Ghana with its new variants could be catastrophic.”

They said that Ghana’s pioneering introduction in August 2020 of compulsory antigen testing on arrival at KIA has without a doubt cut down the risk of importing new cases.

OccupyGhana said however that, “As a matter of urgency, we must identify the high-risk countries and restrict travel to and from them. Citizens and residents of Ghana may be allowed entry, only if they test negative at KIA and are mandatorily quarantined for at least 10 days at their own cost,” and “Provide incentives to hotels to accept passengers from high-risk countries for quarantine. Travellers must pay hotel quarantine bills in full, prior to travel.
They also said “without exception, all travellers who test positive must be sent to a GHS-designated isolation facility as per our protocols for further clinical assessment and treatment. A negative PCR test must be repeated after Day 5. The passenger may be de-isolated following two negative tests; and prosecute travellers who are proven to have flown in with forged PCR results.”