Kids Give Thumbs-Up To Govt 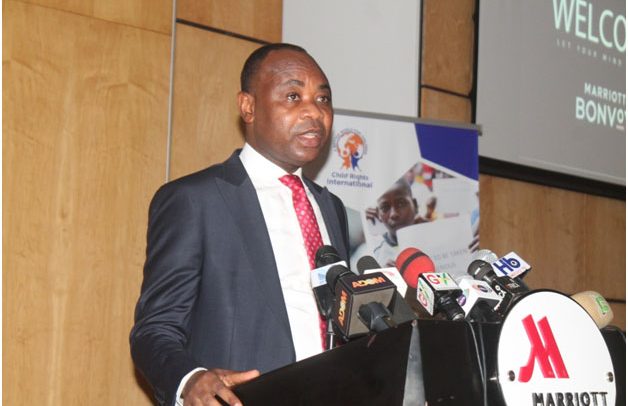 GHANAIAN CHILDREN have expressed hope about the future of the country in the next 20 years as they see Ghana heading in the right direction.

A recent survey report commissioned by Child Rights International (CRI) and launched yesterday in Accra, which revealed this, said national pride was widespread among Ghanaian children even though many of them were wary of the current economic and social conditions (living standards).

They also suggested that there must be conscious efforts by government to provide better standards of living for the citizenry.

The kids believed that Ghana could change in the next 20 years by addressing problems such as corruption and unemployment as well as encouraging entrepreneurship, limiting the powers of politicians and investing in quality education.

Again, the children suggested that religious influence in the country was likely to change in the next two decades as more children embrace the idea that hard work, educational qualification and individual talents are important factors they need to succeed in life rather than religious beliefs and practices.

When asked about how the government was currently handling some challenges in the country, the children expressed positive views about government’s performance in nine specific areas.

“Children are more critical of how the government handles several other issues including limiting the powers of politicians (39 per cent said the government was doing a good job), creation of job opportunities (58 per cent), poverty reduction (52 per cent), cost of living (52 per cent and effectively handling corruption (51 per cent).

Forty-eight per cent of the child respondents were proud to be Ghanaians because of the peace and stability in the country, followed by freedom of speech, system of democracy, culture of country, natural resources and sense of unity among citizens.

Overall, more female children (53 per cent) said they would like to start business if they receive such an amount compared to their male peers (47 per cent).

About two-thirds (62 per cent) said the country was on the right track. However, nearly one in three (38 per cent) believed Ghana was heading in the wrong direction. Children in Central, Northern and Bono East regions expressed confidence in the country’s direction, while children in Upper East, Western North and Eastern regions held a predominantly negative view regarding the direction of the country. Children who attend school were more likely to remain optimistic.

Despite the fact that children are satisfied with some aspects of Ghanaian life at present and see the country as moving in the right direction, the employment situation still remains a major concern for children in Ghana today. About six in ten (66 per cent) are very worried about the high unemployment situation.

Be Vigilant - Nana To Border Residents