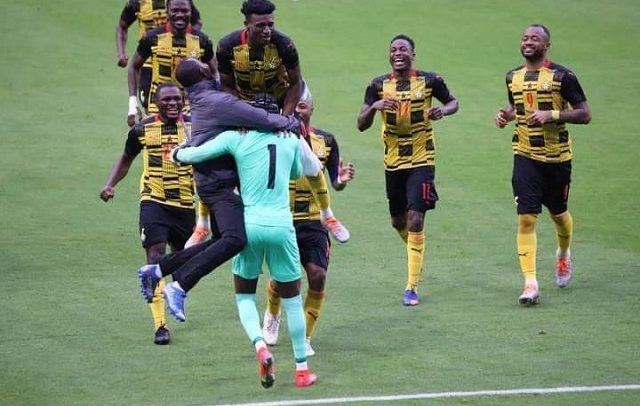 The Black Stars of Ghana have finished third in the 2022 Kirin Cup tournament after defeating Chile on penalties on Tuesday morning.

The national team of the West African country this morning faced off with the South American opponent at the Panasonic Stadium in Japan to fight for a third-place finish.

In a game where both teams put up a fight, neither side could find the back of the net.

For Ghana, things were particularly difficult in the second half after Seidu Alidu and Mubarak Wakaso received red cards.

The nine players on the field managed to defend very well and forced the 90 minutes to end in a goalless stalemate.

With the game heading into the penalty shootout, Ghana has emerged victorious thanks to the heroics of goalkeeper Manaf Nurudeen.

The goalkeeper saved two penalties to help the Black Stars to see off Chile with a 3-1 win at the end of the shootout.

The win means Ghana has finished third in the 2022 Kirin Cup tournament in Japan.