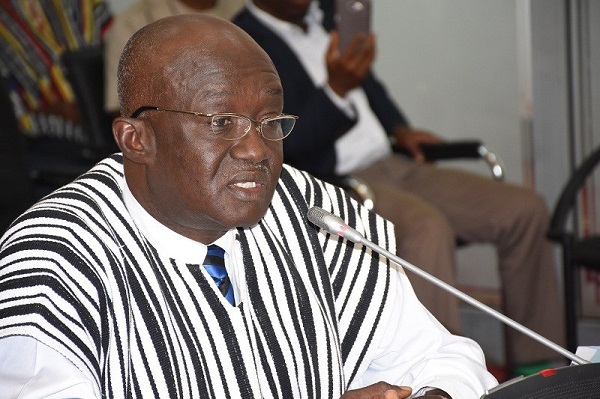 The Pwabasia Family of Navro-Pungu has formally announced the passing of Joseph Kofi Adda, a former Minister of Aviation and former Member of Parliament (MP) for the Navrongo Central Constituency.

A statement issued, Thursday, by the family head, Major-General (rtd) J.P. Adda, said Mr Adda, 65, passed on in Accra, on Wednesday, October 13, after he was suddenly taken ill.

The statement said the family was pained and sorrowful at the sudden passing of Mr Adda and would announce the arrangements of his funeral later.

They prayed for the peaceful rest of his soul.
Meanwhile, many tributes and messages of condolences have since poured in from all walks of life since the news of his passing broke.

Vice President Mahamudu Bawumia wrote on his Facebook Page: “I have received with sadness the passing of my elder brother, Hon. Kofi Adda…. My condolences to his family and friends of the loss of an industrious patriot.”

When the Ghana News Agency visited Navrongo Central, residents were in a state of mourning, creating a relatively quiet atmosphere in the otherwise busy and noisy area at the time of the day.

The Ghana News Agency gathered that the former Aviation Minister was in Navrongo for the past three weeks and only returned to Accra on Wednesday, October 13, without giving any indication of ill health.

The news of his death was, therefore, too heavy for some residents to bear.

An old lady, upon hearing the news, fainted instantly while a young man, who seemed confused, put away his sandals and started walking barefooted mourning the death of the former MP.
Close friends of the former Minister said he had planned to travel outside the country on Thursday but death had taken him by surprise.

The former MP first entered Parliament in 2003 after winning a by-election after the death of the incumbent, John Achuliwor.

He retained his seat in the 2004 elections and was appointed the Manpower Development and Employment Minister by President John Agyekum Kufuor in 2005 before being reshuffled to head the Ministry of Energy in 2006.

Although, the NPP lost power to the National Democratic Congress (NDC) in the 2008 elections, Mr Adda retained his seat.

He, however, lost the seat in 2012 to the then NDC parliamentary candidate, Mark Woyongo.

The MP reclaimed the seat from the NDC in 2016 and was appointed Minister of Sanitation and Water Resources, in 2017.

He was later moved to the Aviation Ministry before the end of President Akufo-Addo’s first term as President.

The astute politician contested the 2020 NPP Parliamentary Primary again but was beaten by Ms Tangoba Abayage, the then Upper East Regional Minister.

He held a Bachelor’s Degree in Science and a Diploma in Economics.
GNA