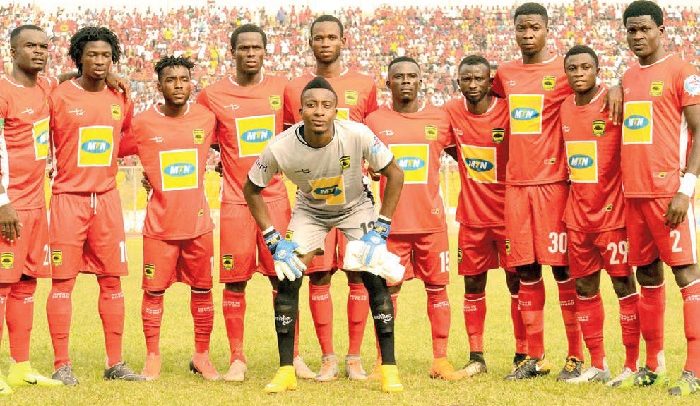 KUMASI ASANTE Kotoko have rendered unqualified apologies to their teeming supporters for failing to make it to the group stage of the ongoing Africa Confederations Cup competition.

According to the management of the Porcupine Warriors, they prepared adequately to scale over Ivorian club San Pedro to the next stage, but sadly lost 1-2 to their opponents after two legs.

Nana Akwasi Gyembibi aka ‘Coker’, the personal assistant of Dr. Kwame Kyei, said he is aware that Kotoko’s exit from Africa has caused pain among its teeming supporters.

He said Kotoko supporters, especially those who followed the team to Côte d’Ivoire to support the club last Sunday, were left heartbroken over the club’s inability to proceed further in the lucrative competition.

Coker added that Kotoko, especially management, did their utmost best to clinch an important away victory to progress, but “God knows what is best for the club, so we have accepted it in good faith.”

According to him, there is no need to cry over spilt milk, stressing the need for Kotoko to put the painful Africa exit behind them and rather come together and plan to help Kotoko to bounce back strong.

On the current situation of Kotoko’s expatriate trainer Kjetil Zachariassen, Coker said Kotoko management would take any firm decision about the future of the beleaguered coach.

According to him, some angry Kotoko fans tried in vain to attack Zachariassen after the San Pedro game in Cote d’Ivoire, adding that the expatriate coach was then advised to resign voluntarily in his own interest.