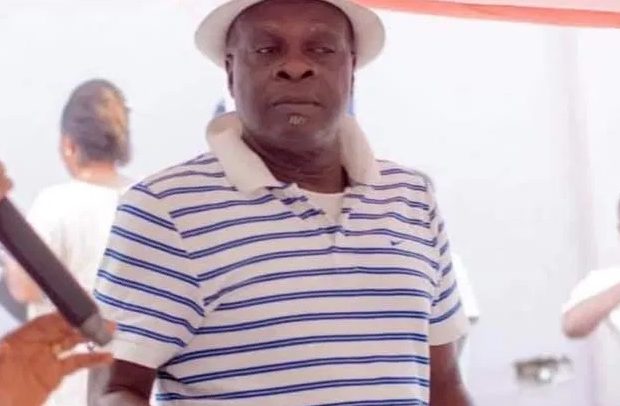 A statement by the club read:

“Everyone dies one day, but the sudden demise of Opoku  Afriyie known in the football circles as ‘Bayie’ on March 29, 2020 stunned the world. He died at age 75. Everybody associated with Asante Kotoko SC is saddened to learn of former player Opoku Afriyie’s passing. From the spiritual leader and life patron of the club, HRM Otumfour Osei Tutu II, board of directors, management team, playing body, teeming fans, partners and sponsors among others were all devastated to hear this shocking news.

“‘Bayie’ was a match-winner in every sense of the phrase; many believed he was the most gifted Kotoko striker of all time. When the ball was at his feet, no-one knew what to expect. He ran at defenders, showed them a glimpse of the ball, pulled it back, feinted and then went often past several players.

“Opoku Afriyie started his football career at the age of 10 while playing for Kumasi Olympics Babies, a colts club in the Ashanti Regional capital. He joined Asante Kotoko in 1974 and became an instant hit in the team, combining effectively with Gordon Prempeh and other strikers at the club to torment several opponents.

“In 1976, Afriyie scored 27 goals in his debut season for the Porcupine Warriors, but trailed the eventual goal king, Dan Owusu, by a goal.

One of the teams that suffered most in the hands of Opoku Afriyie was Accra Hearts of Oak. He led the execution, as the Porcupine Warriors walloped, humiliated, whitewashed, dismantled , disintegrated and mesmerized  the Phobians 3-0 in Accra in July 1980, in what remains the worst defeat suffered by the Accra giants at home in the league.

He was the top scorer of the Ghanaian top flight league in 1979 and 1981, and for the purpose of emphasis, he scored 21 of the entire 39 goals Asante Kotoko registered on the road to winning the league in 1981

“Afriyie led Kotoko to reach the final of the 1982 Africa Champions Cup but they lost to Al Ahly of Egypt. He scored eight goals in the campaign including a hat-trick against Kampala City Council (KCC) of Uganda.

“He parted ways with Asante Kotoko in 1983 and continued his career with Hearts of Oak in 1984.He helped the Phobians to win the Ghana league in 1984.

“At the national team level, Opoku Afriyie was also a tormentor-in-chief in the shirt of the Black Stars. He would forever be remembered for scoring the two goals for Ghana in the final game against the Cranes of Uganda to lift the 1978 Africa Cup of Nations staged on home soil.

Opoku Afriyie also represented Ghana in 1982, but despite not getting much playing time he played a key role off the field to assist Ghana win their 4th Africa Cup of Nations title.

“In 1982, he was nominated for the French magazine France Football African Footballer of the Year. He came eighth. Opoku Afriyie is among 20 other Ghanaians nominated by CAF out of a total of 200 African footballers for the title of the best African player of the last 50 years.

“After this illustrious football career, ‘Bayie’ was appointed Team Manager of Asante Kotoko SC in 2003. He also served as the Team Manager and Welfare Officer of the Black Stars.

“‘Bayie’, Asante Kotoko SC has great memories of your time with us and the club’s sincere condolences are with the family, friends and loved ones at this sad time.