Kudos NPP, Keep Up The Spirit 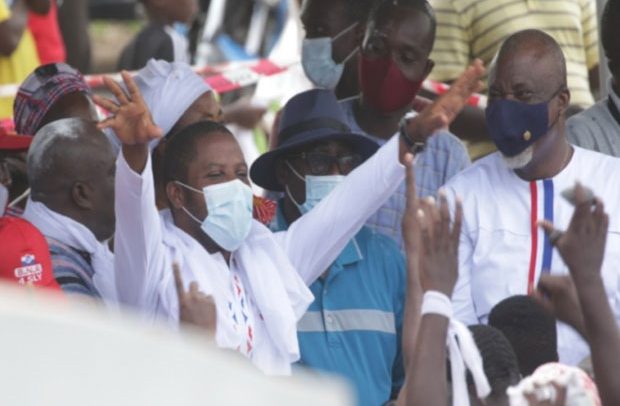 The party’s primaries which by design were intended for constituencies with NPP Members of Parliament (MPs), with those for the orphaned electoral areas having been concluded earlier, recorded patches of incidents.

The stakes were excessively high and so the manoeuvres, some of them unfortunately rough, made a few negative cross heads.

In some cases, Democratic races record such incidents as we witnessed because they are contests in which a lone person must be chosen. The closeness of the results explains the furore which was seen in some constituencies. Besides, this is NPP, an oversubscribed political grouping.

The ethics of the game are sometimes overshadowed by the frenzy, as contestants throw in all their dices into the arena.

In spite of the challenges which reared their heads in some constituencies, the contests were largely peaceful. The democratic exercise was special, especially coming at a time when doomsday prophets would have rather did not take place because that would have fed into their anti-new voters’ register project.

That the primaries took place are suggestive of the fact that in spite of the pandemic the hygiene protocols, as prescribed by government, can be brought to bear upon such important democratic races.

Inasmuch as the country or even the world cannot be brought to a total standstill because of a pandemic which can be checked when we adhere to the protocols, the success of the exercise should be hailed by all.

We acknowledge the outstanding performance of the Electoral Commission (EC) officials whose management of the electoral contests contributed immensely towards the success chalked up.

For a commission which is on the verge of compiling a new voters’ register, the NPP primaries which it conducted should be a dress rehearsal for it.

We have come a long way on the democratic journey that our political parties, of which the NPP is a major player, should have outgrown the petty squabbles which characterize post-primary elections.

It is all over; the winners have been announced and those who lost should accept the outcome as good political sports persons.

Winners and losers all belong to the same political grouping, the amalgam of both sides adding to the beauty of democracy.

All should join hands in championing the cause of the party which after all is about service to the nation.

When political parties achieve such democratic feats in spite of acrimonies in some instances during the campaigns, it gives cause for celebration because the members of government in democracies are chosen from such groupings.

We congratulate the NPP on a deserved success and even as we do same for the winners, we cannot withhold well wishers for the losers whose support cannot be overlooked now that the road leads to the December polls.

Zu-Za Can Tickle Itself And Laugh!