Kumawood Actor Bishop Nyarko To Be Buried On June 27 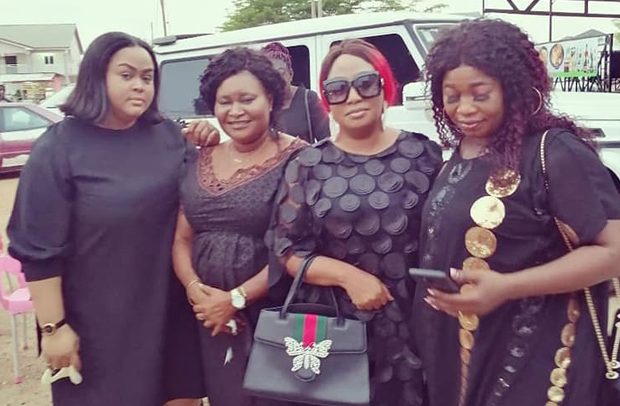 Some actresses at the ceremony

The late Kumawood actor, Bishop Bernard Nyarko, who died on Saturday, May 2, will be laid to rest on Saturday, June 27 at his home town, Akuapim Obosomasi in the Eastern Region.

The family of the late actor announced this at the one-week observation last Saturday held at the family’s residence at Ashaley Botwe-Lakeside near the Police Station in Accra.

According to the family, the funeral and memorial service will also be held at the family residence on Saturday, June 27, followed by the burial at his hometown. The final funeral rites will take place at the same venue after the burial.

The one-week observation, which was strictly by invitation due to the restrictions on public gathering by the President, was graced by some movie personalities such as Nana Ama McBrown, Christiana Awuni, Sunsum Ahuofe, Maame Serwaa, Lil Win and Kwaku Manu.

They were all seen in face masks as required by law to curb the spread of the coronavirus disease.

Their presence at the ceremony attracted some residents in the area, who trooped to the venue to have a full glare of the movie icons.

The late actor, who had been battling cancer for some time, died on Saturday, May 2 at the Greater Accra Regional Hospital – Ridge Hospital.

He was a member and associate pastor of Grace Redemption Chapel.