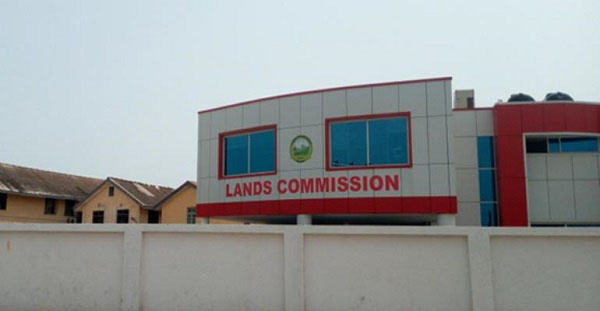 The brouhaha about the so-called sale of the Achimota Forest Reserve having been laid to rest for being steeped in mendacity, we can turn our attention elsewhere.

We are constrained to push to the front burner the rot in which the Lands Commission is embroiled. It is a national blemish which we have allowed to fester into a monster because, we erroneously think such a rotten feature cannot be eradicated so we must live with it. To this stance, we demur without inhibition because, with sincerity and concerted efforts, the situation is reversible.

The monster, as represented by the copious acts of impropriety by officialdom at this critical state agency, calls for a national conversation, which by this commentary, we are prompting as a matter of exigency.

It is a subject which has incessantly attracted the attention of victims whose responses remain isolated complaints even as it gives governments and country a bad image over the years.

As a gangrenous wound, it must be opened up through sincere and honest disclosures such as we are pioneering, lest we fail to arrive at the appropriate and effective dosage of response.

We must admit that the Lands Commission, in its current state, demands a total overhaul, technology and integrity-driven et al. Only this approach will trigger the positive transformation this rotten institution needs to serve the cause of the country productively.

The Lands Commission, we must be blunt, features wanton forgery, corruption and stealing of documents and gangsterism, smelly acts which predate the incumbent political administration at the helm. The situation, we must admit, has only worsened currently which is why we are lamenting.

Land is hardly available especially in the nation’s capital, a reality which has led to acts of depravity of gargantuan proportions at the state lands administration agency.

State lands earmarked for future projects across the country but more pronounced in Accra, are being sold out to so-called powerful personalities some of them linked to governments over preceding years and now.

We should not fold our arms as such persons abuse their offices the way they continue to do with impunity.

Service to government should be devoid of such abuse of authority as evidenced in the management of lands.

When the Vice President Mahamudu Bawumia introduced digitisation to this agency, novelty, which is yet to reach the level where it can prompt the needed change, he had at the back of his mind the prevailing trend of impropriety which we share too.

The digital intervention even as it is being nurtured, should constitute a part of the amalgam of response for the morally ailing Lands Commission.

The details of the rot are facts we would rather not disclose now, suffice to point out though they bear a pungent smell.

We shall stand by as we keep details of the rot to our chest for now as we await a convincing response from officialdom or better still, the germane quarters.

Captain Planet Has Blocked Me – Coded Of 4x4