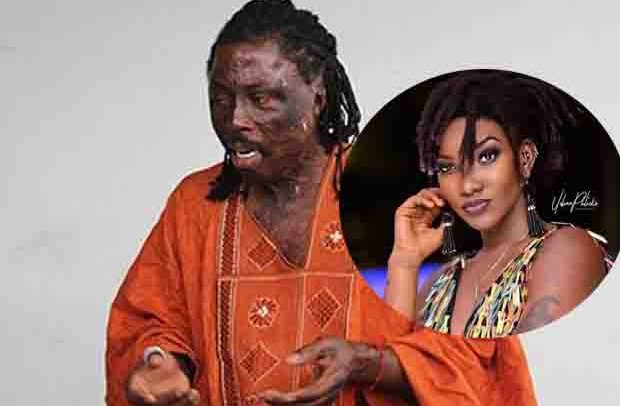 Nana Kwaku Bonsam, a well-known Ghanaian witch doctor and fetish priest, has responded to rapper Pope Skinny’s allegations that late dancehall artiste Ebony Reigns was a lesbian.
The fetish priest, despite being friends with the hip-hop artiste, has cautioned him to stop spreading the false news.
In an interview with Doctor Cann on Happy 98.9 FM’s Ayekoo After Drive Show he said, “God has not revealed anything to Pope Skinny. It’s been three years since Ebony died and she should be allowed to Rest In Peace. We shouldn’t tarnish the image of the deceased.”

Nana Kwaku Bonsam emphatically stated that Ebony was no lesbian because she had a boyfriend whom he personally knew. “I have proof to back this statement but there is no point talking about the past.
“I knew Ebony very well and I won’t lie about such an issue but I am just disappointed in Pope Skinny for what he said. Such allegations should not be made especially about a deceased,” he added.

Nana Kweku Bonsam said people have secrets, so even if Ebony was a lesbian, it still makes no difference, especially now that she is no more, because nothing can be done about it.

Nana Kwaku Bonsam advised Pope Skinny to stop spreading false rumours because it does not speak well of him.
He also advised Ghanaians to desist from spreading rumours about people, especially when they do not know the truth and have no evidence.