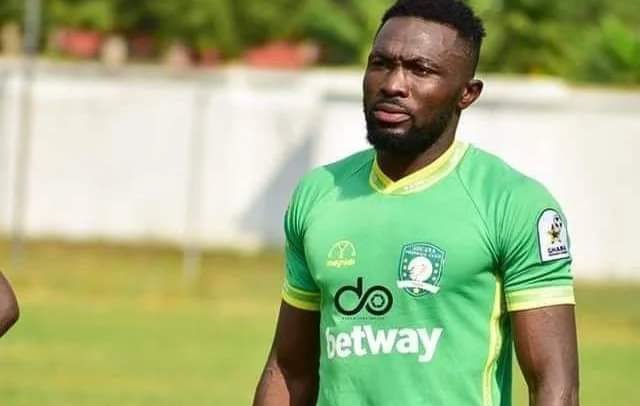 The Aduana Stars defender is currently in police custody for allegedly knocking down a police officer with his Toyota Camry car over the weekend.

Constable Amos Maatey Nigaoko, a police officer with the Wamfie Police Station was on night duty together with his colleagues at Nsesresu check point when he sought permission to go and buy mosquito repellant on his motorbike.

While returning, he got knocked down by a vehicle and died instantly without the killer driver taking him to hospital for medical attention.

Police later found out that the driver of the car was defender of Aduana Stars, Farouk Adams.
He was arrested and subsequently placed in custody to assist with investigations.

However, information available to DGN online indicates that Farouk’s contract with Aduana has ended but out of loyalty, decided to stay back and help the team till the end of the first round of the league because the club was struggling defensively.

He was said to have agreed a deal with a club in the United States, has already secured his visa and was preparing to travel anytime soon.

LGBTQI+: Another Western Democratic Encroachment On The African Culture