LGBTQI+: Another Western Democratic Encroachment On The African Culture 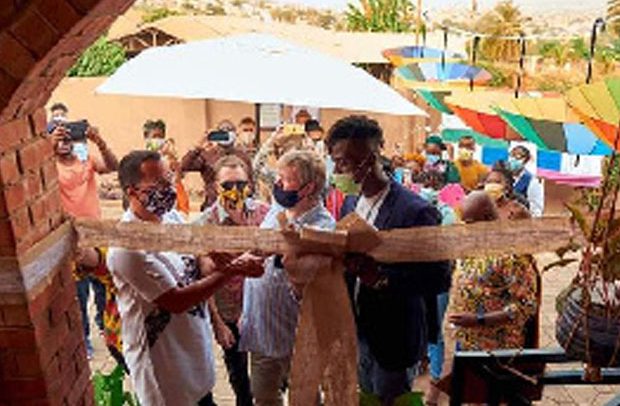 The recent discussion in Ghana now has been Lesbian, Gay, Bisexual, Transgender, Queer and Intersex + (LGBTQI+) and its associated issues. A lot of people have been speaking on the matter and I wish to add my opinion to it. From my observations, some people are making genuine arguments to support their position while others are shifting the goal post of the whole matter in controversy. I will first of all explain the democratic logic behind the LGBTQI+ as a right from the western perspective, massage some reasons why others are rejecting LGBTQI+ and restrict the discussion to the broad western democracy in Africa and how its experience should prompt African leaders to take a good stance, from the cultural perspective.

The situation Ghana and other African countries are facing is that, African countries have borrowed western democracy from the west and the Westerners are telling them that their current practice of democracy is corrupted because it is curtailing the personal rights of some people and that they should revise their scope of democracy to include the LGBTQI+ right to serve the interest of all. Democracy preaches that individuals should be given the rights and freedom to make personal decisions.

From a philosophical point of view, for a country to grant any right to its citizens, checks ought to be made to ascertain whether or not, the said freedom or right will lead to personal decisions of individuals that will not disturb the country’s peace and stability, the economy among other national parameters. For instance, if certain groups are calling for the legalization of marijuana on the basis that it will be a personal decision to enjoy that right, it can be argued that marijuana has the potential to influence people’s behaviour to act abnormally in the society, and for that reason it will increase crime rate in the state. On this genuine basis, such right cannot be granted.

Another consideration to be made is to check whether or not, the right in question will possibly contradict other critical laws in the state or it is just a matter of broadening the existing laws to cover it. Again, checks ought to be made to determine that by including a new right or freedom to the existing ones, the said demand is democratic intrinsically or not. Therefore, the LGBTQI+ right and its supporters are concluding on these grounds above and African countries including Ghana are to consider them.

Having explained democratic nature of the LGBTQI+, few reasons ought to be refuted.

I personally disagree with those people who are rejecting the LGBTQI+ on their religious grounds. If the Bible or Quran is the major reason why you are rejecting LGBTQI+, then you are confusing a constitutional and national issue with a religious issue. In Ghana for instance, it is the 1992 Constitution that rules Ghanaians and not the Christian Bible or the Muslim Qur’an. Producing Biblical or Qur’anic verses to make a case against the LGBTQI+ reduces the argument from a substantial national discourse to a verbal discourse and a gross form of equivocation. NOT all Ghanaians are Christians or Muslims and that it wrong to employ ones religious standards in judging national issues of this nature. It is ONLY the constitution of Ghana that can put one into prison or set one free to ‘walk’ around in the country, it is not the Bible or Quran.

Therefore, a mere rejection or acceptance of LGBTQI+ will not be fair; genuine reasons should be adduced to authenticate the position on either the acceptance or rejection of the LGBTQI+ right. In fact, a recent discovery of LGBTQI+ offices indicates that some PEOPLE are probably into it and have interest. For such a decision to be made, African countries ought to consider factors such as, cultural factors, economic factors, social factors, health factors, psychological factors, short run effects and long run effects. The remaining post focuses lightly on culture.

From the cultural perspective, African countries have already borrowed the Western democratic culture to supplant their old system of rule and practices. Culture has an intellectual part which has to do with how the society thinks. In fact, the intellectual part serves as the link between culture and civilization. Again, the culture of every society is gathered from experiences of the society and therefore exists for the well-being of the entire society. In reality, some cultures become civilized because the intellectual aspect fails to produce ideas, innovations and systems to lift the well-being of the entire society to a better level. That necessitates the act of borrowing ones culture.

However, that does not mean that the said developed culture should be adopted blindly. It ought to be scrutinized and/or if possible, be contextualized to suit the behavioural and psychological nature of the people in the borrowed culture. By relating this to African and western democracy, African countries are already suffering from democratic challenges because no attempts were or have been made to contextualize the system in the African context. The practice of democracy has resulted in wars on the continent, division of our people into party allies in our various countries where one becomes an enemy for belonging to a different political party, people’s opportunities are dependent on whether their parties are in power, political parties are mostly identified by tribes and not ideologies, criticizing a government puts ones life at risk, businesses are closed deliberately and jobs are lost because of different political affiliation matters.

Meanwhile, because Western democracy has been tried and tested in the cultural life for many centuries, they really understand it and practice it well. The status quo is that, there are democratic challenges African countries are battling with, so if the Westerners are calling for the adoption of a new right they have introduced, African leaders should not accept it blindly by looking at its consequences in the area of health, social, economic, psychological and whether it will, with time, articulate with the African culture to avoid further negative democratic externalities.

We have so many challenges to beat as a continent, but we should position ourselves in a manner that will develop us without destroying us. Even though this decision might influence our foreign policies towards some countries that are favouring the practice of the LGBTQI+, the leaders should firmly stand for the truth irrespective of whether it will be bitter to the foreign world or the locals. WHO AM I TO TAKE A STAND HERE WHILES JOYCE IS THE NAME OF MY LOVE?