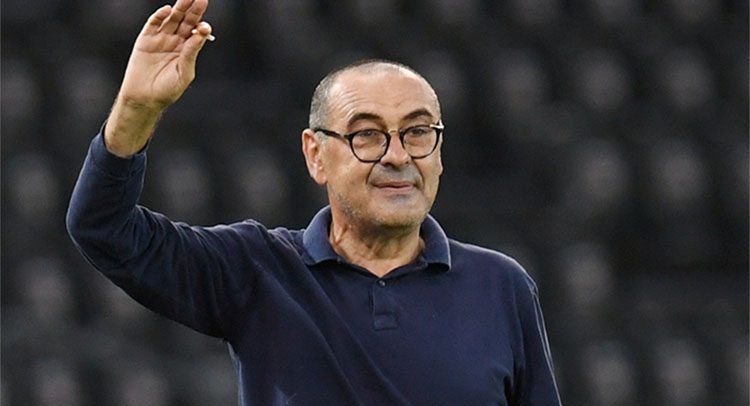 Lazio all-but confirmed Maurizio Sarri’s arrival as manager yesterday when they tweeted an emoji of a cigarette — a nod to the new coach’s fondness of smoking.

Reports in Italy said the 62-year-old had signed a two-year deal with the club.

Sarri had been without a club since his exit from Juventus in August 2020 following their Champions League round-of-16 elimination against Lyon.

Previously, Sarri managed several clubs in the Italian lower leagues before a first stint in Serie A when he guided Empoli to promotion in 2014 and then safety in the following campaign, which earned him a move to Napoli.

In his first season in Naples, he led the club to a title charge before Juventus overtook them and won the Scudetto. That same season, Gonzalo Higuain broke the Serie A record for most goals scored in a single season with 36. The record was matched in the 2019-20 season by Lazio forward Ciro Immobile.

Sarri then came even closer to leading Napoli to the title in 2017-18 but lost out to Juventus by four points. He left for Chelsea that summer and led them to a third-place finish and victory in the Europa League — winning the final 4-1 against Arsenal.

He left to return to Italy with Juventus and won the Serie A title, the club’s ninth in a row, and reached the Coppa Italia final before he was replaced by Andrea Pirlo.

Lazio finished the 2020-21 campaign in sixth place and will play in the Europa League.