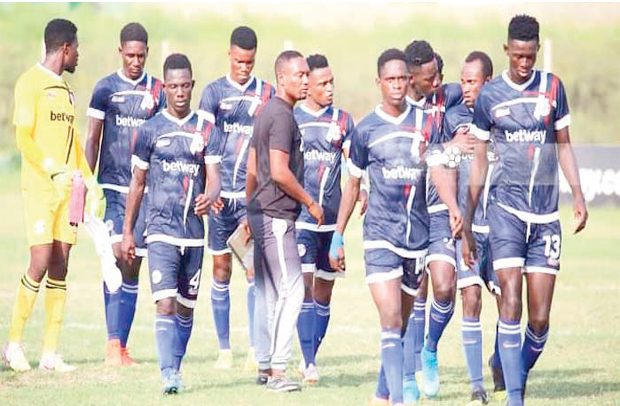 Dejected Liberty players after their relegation from the Premier League

Liberty Professionals yesterday lost their Premiership status when they drew goalless with fellow relegation threatened side King Faisal at Sogakope.

It was their first demotion since joining the elite league in 1999, having produced quality charges like Michael Essien, Asamoah Gyan, Sulley Muntari, Kwadwo Asamoah,  Derek Boateng, John Paintsil, William Tiero among others.

They lost their spot to King Faisal on head-to-head grounds with 41 points apiece.

Ebusua Dwarfs on the other hand won their final day game 2-0 when they hosted Bechem United, but that was not enough to save them.

The two teams join Inter Allies to the lower side.

Meanwhile, Hearts of Oak were crowned winners of the 2020/21 Champions despite losing 0-1 to WAFA at Sogakope on Saturday, having amassed 61 points.