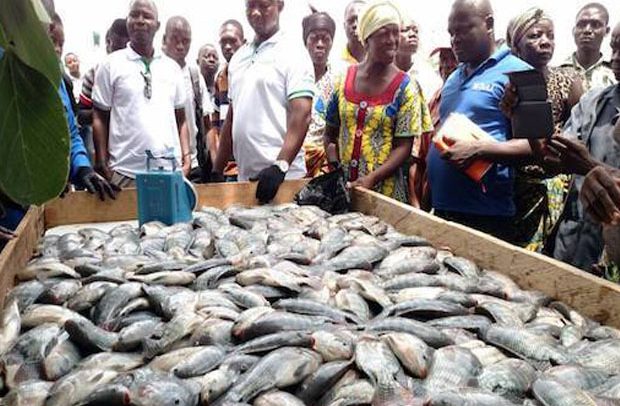 The Environmental Justice Foundation (EJF) has indicated that it is against the laws of Ghana to allow tuna boats to use light fishing as was recently approved by the Fisheries Commission.

Although the Fisheries Commission rescinded its earlier decision after an uproar by fishermen, the EJF said the decision in the first place had no basis in Ghanaian law and was therefore flawed.

“Section 81 of the 2002 Fisheries Act prohibits industrial vessels from fishing inside the zone, except in limited circumstances which do not appear to include bait fishing,” Executive Director of EJF, Steve Trent said.

He further indicated that the details of this decision have not been published, nor is there a clear legal basis for the earlier decision taken by the commission.

“The fact that it was only rescinded after the canoe fishers voiced objections raises questions around the transparency fisheries decision-making,” he added.

In April, the Fisheries Commission granted an exemption to allow tuna vessels to engage in light fishing, following pressure from the Ghana Tuna Association.

The vessels were permitted to use the method to catch bait in the waters off Saltpond, in Central region, and Keta, in Volta region.

However, in the wake of this decision, tensions grew with canoe fishers, who are not allowed to use this fishing practice leading to the change in the verdict.

Being the staple catch of the canoe fishers, populations of fish such as sardinella – known as small pelagic fish – are under severe strain in Ghanaian waters.

Landings of sardinella declined by approximately 80% between 1996 and 2016 and the UN FAO has recommended the complete closure of the fishery to prevent total collapse.

Mr Trent stressed the importance of transparency and inclusiveness in fisheries decision making in order to protect fish populations, livelihoods and food security in Ghana.

He said, “The Fisheries Commission made the right choice in reversing the decision to allow light fishing by tuna vessels, but the case raises grave concerns. Why was the decision made in the first place without consultation of the affected fishing communities and without basis in law?”