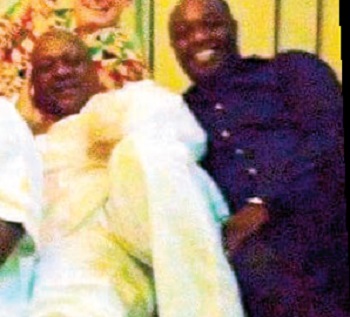 He said it was none other than former President John Dramani Mahama, who is seeking a return to power, under whose tenure as Vice-President in late President Mills’ administration the deal was struck.

He said he had tarried in his investigation because of the impending general election and appeared to give indication that after the electoral process, he would go after all those involved in the scandal in respect to Ghana.

The global aeroplane manufacturing giant, Airbus SE, in February 2020, was fined a record three billion pounds in penalties by the UK Crown Court of Southwark, London, after admitting it had paid huge bribes on an “endemic” basis to land contracts in 20 countries, including Ghana and the United States. The damages against Airbus SE, with Case No.: 1:20-cr-00021 (TFH), was being assessed after the historic judgement at the District Court of Columbia.

UK’s Serious Fraud Office (SFO), in documents sent to court, quoted at least five million euros as payment of kickbacks to a top Ghanaian official through an intermediary who was a close relative of “a high-ranking elected Ghanaian Government official” during the Mahama administration.

In the UK Crown Court documents, the SFO named the elected NDC guru as Government Official 1 (GO1) and that powerful official was the same person being referred to as Individual 1 in the US court documents.

In the same vein, Intermediary 5 (I5) in the UK court documents, who has been described as the brother of the powerful elected official in Ghana, was the same person being referred to as Consultant 4 by the US authorities.

Per both documents, GO1 or Individual 1 was not content with having I5 (his brother) handle his alleged bribe-collection arrangements.

According to the documents, GO1 was in “direct repeated contact with senior Airbus SE executives.”

In July, International Police (Interpol) on the request of Ghana issued a red alert for Samuel Adam Forster, also known as Samuel Adam Mahama, who has now been found to be former President Mahama’s junior brother, in connection with the Airbus SE five million euros bribery scandal.

Also declared wanted are Sarah Furneaux, Sarah Leanne Davis, and Philip Sean Middlemiss. According to the law enforcement agency, the four individuals are “fugitives wanted for prosecution” for their roles in accepting and paying €3,909,756 as bribe, on behalf of Airbus SE, to some key Ghanaian public officials from 2009 to 2015.

The Office of the Special Prosecutor placed a voluntary extradition request for Adam Mahama, identified in the report as I5, to be in Ghana for interrogation, but he never honoured the invitation.

In a corruption and anti corruption assessment into the recent Agyapa deal relating to the Gold Royalties Monetization Transaction under the Minerals Income Investment Act 2018 (Act 978), which has now been put on hold by President Akufo-Addo until the next Parliament, Mr. Amidu talked about some of the ongoing investigations his office was undertaking, including the infamous Airbus saga.

Interestingly, however, Mr. Amidu noted that “the only reason the former President has not been invited for interrogation (in spite of all threats from some of his followers and lawyers) is the fact that he got himself an insurance as the presidential candidate of the other largest political party in Ghana, and prudence dictated that the interrogation be held in abeyance during this election season.”

That, he said, was because “the former President has also not offered to make any voluntary statement to this office despite the publication of an alleged interview containing admissions purportedly made by the former President to a Daily Graphic reporter without the full voice recording, which in the meantime remains just hearsay.

“This (Special Prosecution) office also has warrants of arrest issued by the Courts of Ghana and an Interpol red alert notice outstanding for execution in the case of the Republic v Samuel Adam Mahama and others (known as the Airbus SE — Ghana Bribery Scandal involving the then Government of Ghana), not to talk of documentary evidence of suspected forgeries and deceit of a public officer by the three full-blood brothers in the corruption transaction to obtain a Ghanaian passport for Samuel Adam Mahama.”

Reacting to Mr. Amidu’s report, Mr. Mahama said on Starr FM in Accra that “I am disappointed in Martin Amidu for putting that paragraph in his report to equalize things. No financial benefit accrued to me. Not a single dollar…We are talking about deferred prosecution agreement in which nobody’s name was mentioned and yet there has been inference that it must be this person, it must be that person and so legally, he doesn’t even have any basis to proceed; on what basis, on what document is he proceeding?”