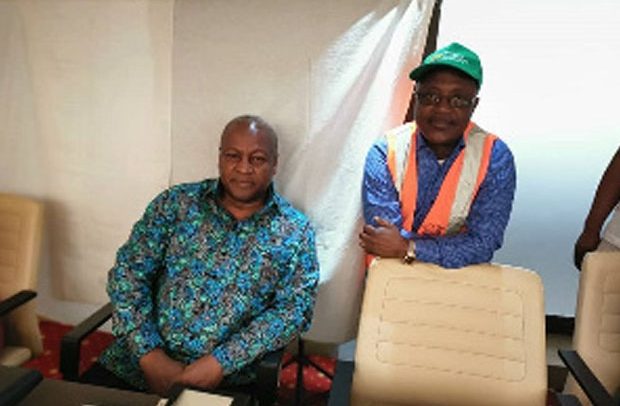 Ex-President John Dramani Mahama has made a U-turn and gone to register for the Ghana Card.

His wife, Lordina, has also been issued with the card.

The Mahamas were enrolled on the National Identity Register last Tuesday as other members of the ex-president’s household and office staff members also registered and were issued with the Ghana Card at his East Cantonments office.

His opposition National Democratic Congress (NDC) had initially had issues with the Ghana Card and urged its members not to register for it.

In a press statement signed by NDC General Secretary, Johnson Asiedu Nketia, in July 2018, the opposition party pointed out that its Functional Executive Committee (FEC) took a decision not to participate in the ongoing Ghana Card registration exercise until the party’s demand was met. The party demanded that the voter’s ID card be included as one of the primary requirements for registration.

“The likelihood that the Ghana Card would be used as the major document for the compilation of a new voter register makes it all the more compelling for the inclusion of the current voter’s ID card as a requirement for the ongoing Ghana Card registration exercise since its coverage is more extensive and its validity more genuine,” the NDC had argued.

“Party faithful throughout the country are, therefore, enjoined to boycott the Ghana Card registration exercise until the authorities yield to our demand and include the voter’s ID card as requirement,” it ordered, and said “all party executives at all levels of the party are to ensure that FEC’s directive spreads like wildfire throughout the country.”

The NDC then made a U-turn in 2019 and directed its members to “fully participate” in the ongoing Ghana Card registration even though their demands were not met by the NIA.

Mr. Mahama seized the opportunity during the registration exercise to emphasise the importance of the Ghana Card to the development of the nation.

He described the registration exercise as a non-partisan process in which all Ghanaians must readily participate.

The Executive Secretary of the NIA, Professor Kenneth Agyemang Attafuah, who is the Chief Registration Officer, led a team of registration officials and some executives to undertake the exercise.

Prof. Attafuah, a criminologist, expressed appreciation to the ex-president for the warm reception accorded him and the team, and used the occasion to touch on the functionalities of the Ghana Card.

He said the card is imbued with a modern, smart, dual interface multi-purpose biometric ID card with solid security features, as well as the various mandatory uses of the card.

The NIA has previously extended the same courtesy to other former presidents of the nation, namely Flt. Lt. Jerry John Rawlings and Mr. John Agyekum Kufuor. 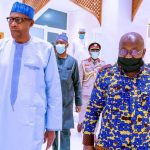