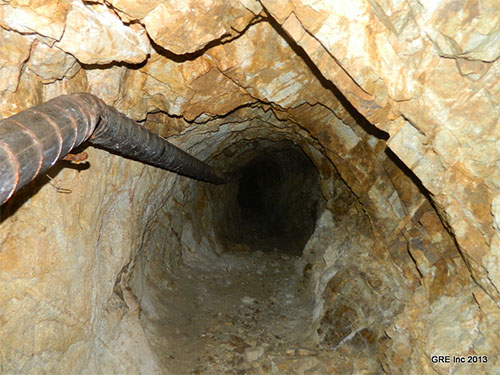 A 22-year-old man who allegedly refused to heed to the incessant calls to stop engaging in illegal mining activities, also called ‘galamsey’, has died in a galamsey pit.

The deceased, Gyamieu Karim from Sekyere-Boase in the Wassa East District of the Western Region, was found dead after the galamsey pit in which he was mining, caved in and trapped him dead.

Members of the District Security Council (DISEC) who were embarking on an operation to arrest illegal miners were informed by elders of the area that one illegal miner was working in a pit but was trapped when the pit caved in.

The team visited the scene and managed to retrieve the lifeless body of the deceased.

The chairman of the DISEC, Mr. Wilson Arthur, confirmed the incident.

He said his outfit received a tipoff that some recalcitrant persons were mining illegally in River Pra in the area and other sites on Thursday.

He said he quickly ordered the security agencies to respond to the situation.

“So the District NIB officer led a team of 10 police personnel and 10 District Assembly Illegal Mining Taskforce to the galamsey sites at Amponsahso, Mampongso, Anyinabirem and Abeitimasu,” he noted.

He said the team found some galamseyers working in rivers at Amponsahso and Abeitimasu close to the River Pra.

Mr. Arthur said the team could not effect any arrest as all of them fled upon seeing the team, adding “Next time the team would be picking the criminals at dawn and have them prosecuted.”

He said during the operation, three boats with six changfang machines were intercepted at Abeitimasu and later destroyed.

“Two pumping machines were also intercepted at Amponsahso across the River Pra and two changfang machines were retrieved and sent to the police station,” he pointed out.