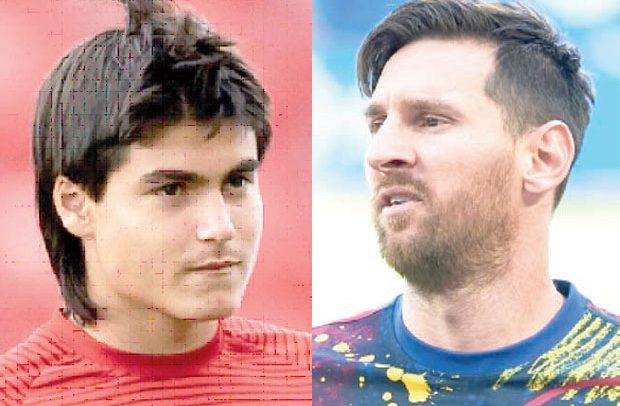 Luka Romero admits that comparisons with Lionel Messi annoy him as he wants to make his own name within the football sphere.

Romero’s skill set was linked to that of Messi’s when he established himself as the youngest player to feature in LaLiga after coming on against Real Madrid in June.

The 15-year-old Mallorca midfielder came on in the 83rd minute of his club’s 2-0 loss to Los Blancos, but it was Romero’s potential that was the talking point of the game.

Romero has been nicknamed the ‘Mexican Messi’ due to his similarities in dribbling style as well as his trial with Barcelona at the age of just seven.

However, the youngster is looking to establish himself independently of the Argentine legend.

He told Fox Sports, “It annoys me that they compare me to Messi because there is only one Messi.

“And I want to make a name for myself in football, as Luka Romero.”

The young starlet was born in Mexico, represents Argentina at U-17 level, and is also eligible to play for Spain.

He arrived in Spain at the age of three, signed for Mallorca at the age of 10 and began training with the first-team squad at the beginning of June.

Those associated with the starlet are excited about his future. Romero has his own goals, one them being to play for the South American side internationally.

He said, “I was born in Mexico but my family is from Argentina. I have all three nationalities [including Spanish].”