Micheal Okyere Baafi, New Patriotic Party (NPP) Parliamentary candidate for New Juaben South constituency in the Eastern Region has taken the 2020 general elections as a world cup as he is seriously campaigning to secure massive votes for President Akufo-Addo.

According to him, he is targeting to poll at least 70,000 of total valid votes cast in both Presidential and Parliamentary elections on December 7, 2020.

Michael Okyere Baafi who is the Chief Executive Officer of Ghana Free Zones Authority since last month has always been spotted at every corner of Koforidua vigorously campaigning with the display of placards, flyers advertising the achievements of the NPP, and plastering of posters of him and that of President Akufo – Addo. 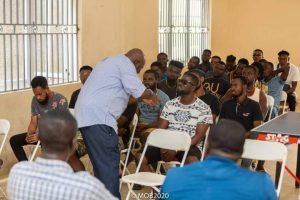 Mr Baafi said he is ever ready to secure a landslide victory and also add more votes for President Nana Addo Dankwah Akufo – Addo in the upcoming 7th December polls.

According to Mr. Baafi who is embarking on the retail campaign with his constituency executives and some influential members of the party from the constituency: “We are very serious about this year’s elections and because of the coronavirus we are going to initiate a one on one campaign and also engage every voter in our quest to win”. 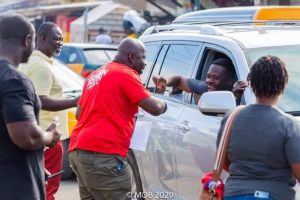 Giving his reasons he noted “I’m not a do or die politician, I’ve always said that I’m not a politician who at all costs must win an election. I’m not a politician who can get sick or die because I’ve lost an election. If you put it in your mind that you must win an election at all cost, that pushes one to do certain things. You should see it as a service that you want to render to your people with the help of God because the Bible says horses are prepared for battle but victory is of the Lord. He’s the only one who can determine if you’ll win an election. If God says it is not yet your time you thank him and move on with your life and I live my life by these principles’’.

Covid-19 Impact On Emerging Markets Has Been Severe - BoG Governor