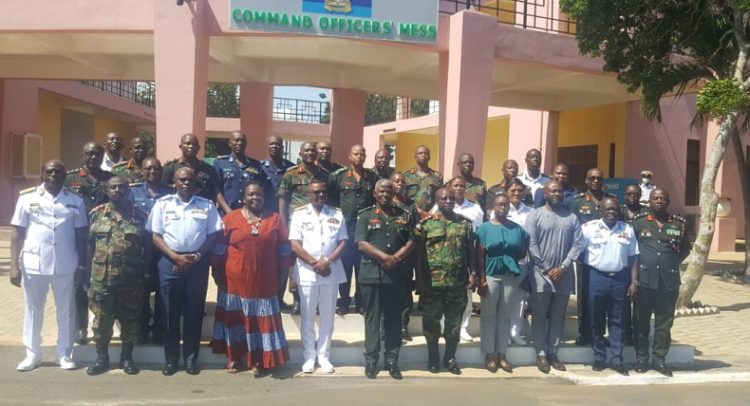 To ensure equal opportunities for both male and female soldiers, and to better interpret gender matters into their operations and activities, the Ghana Armed Forces has organised a high-level gender conference for its senior officers.

Dubbed ‘Guaranteeing Equal Opportunities in the Ghana Armed Forces’, the conference was held to address gender disparities within the military.

Addressing participants at the opening of the conference, the Chief of the Defence Staff, Lt. Gen. Obed Boamah Akwa, admitted that while gender matters emphasise mainly non-discrimination against any sex, it is worth stating that in the Ghana Armed Forces, like any other force around the world, being largely male dominated, there exists significant imbalances as well as prejudices or stereotypes perpetrated either consciously or unconsciously.

“There is no doubt that these biases have over the years hindered the interest and opportunities for women therefore gender mainstreaming is good for achieving the right balance in our day-to-day decisions, operations, and activities,” he said.

That notwithstanding, the CDS said that there has been a 17 per cent in the intake of females into the military in the country.

“Not only has the numbers been increased, but also we continue to see them employed in ever-expanding roles and for the first time we have two female Generals being Constance Edjeani-Afenu and Brigadier General Felicia Twum Barima.

We have also recently commissioned five female officers into the infantry corps adding that in the ranks, a number of females are employed in trades or capacities initially preserved for men, such as Colour Ensigns and their related Colour Escorts, Physical Training Instructors, others are attending drill and duties courses, while some are Sergeant Majors or service equivalents,” he revealed.

The Gender Policy Adviser to the Chief of the Defence Staff, Commander Veronica Adzo Arhin, said over the years, the Ghana Armed Forces has worked to ensure equal opportunities for both male and female members.

“However, high command still recognises that there are still some significant gaps that need to be blocked through conscious and deliberate policies,” she added.

She said to further demonstrate its commitment, on June 18, 2020, the high command created the Gender Policy Adviser to the Chief of the Defence Staff position and based on which she is privileged to be appointed the first person to hold that position.