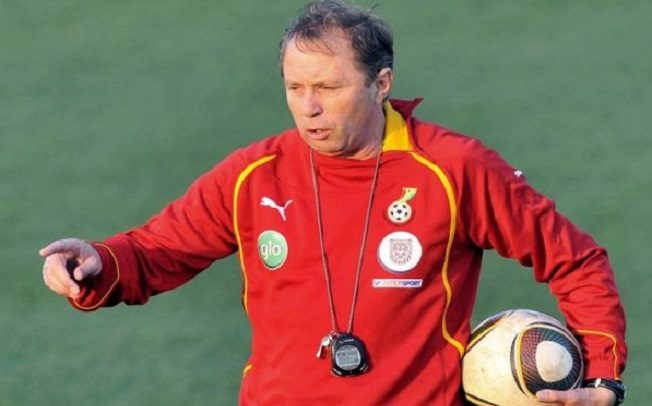 Black Stars Head, Milovan Rajevac has named his final a 28-man squad ahead of the Africa Cup of Nations (AFCON) to be staged in Cameroon this month.

The team is a mixture of home based and others who play abroad.

Five players from the Ghana Premier League were also named in the list.

The Serbian gaffer initially named 30-man provisional list for the pre-AFCON camping in the capital of Qatar, Doha before pruning the squad to 28 for the tournament proper.

The Black Stars are going to the tournament without Felix Afena Gyan, AS Roma youngster who rejected an invite.

France based, Abdul Salid Samed, one of four debutants in Ghana’s provisional squad, is reportedly out of Afcon owing to the reluctance of French club Clermont to sanction his release for the tournament over fitness concerns.

Surprisingly, Ajax star, Mohammed Kudus has made the cut for the tournament after he was spotted in the club’s entourage for their mid-season training camp in Portugal on Monday, amid concerns over his fitness following a rib injury sustained while on international duty in October.

Coach Milovan who has been training with home-based players in the Asian country for the past weeks has settled on these players for the crucial competition.

Ghana have been paired with Morocco, Gabon, Cosmoro at the 33rd tournament.

Below is the final squad: 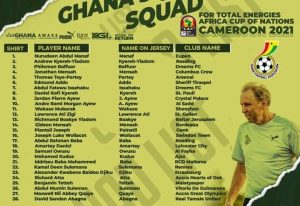 Bawumia Is The Kind Of Leader Africa Needs – Sanusi Lamido