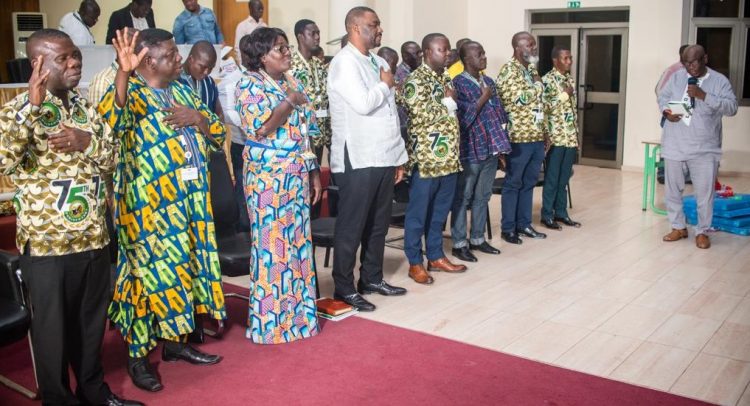 The Ghana Mine Workers Union (GMWU) has said the development of mining communities should be a priority of the government.

“Government and the other stakeholders have no further excuse but approach the issue of mining community development not only from the socioeconomic standpoint but the likely security threat the continuous neglect poses by ensuring the full operationalization and realization of the Minerals Development Fund Act 2016 (Act 912) and the Minerals Income Investment Fund Act 2018 (Act 978) without any further delay,” the workers said in a resolution passed at its Quadrennial Delegates Conference in Tarkwa in the Western Region last week.

It further resolved that given the far-reaching implications of non-standard forms of employment on workers (i.e. job and income insecurity, declining pensions, abuse of workers’ rights, unfavourable working conditions, etc.), the government (i.e. declining taxes, consumption, declining pension fund, employment creation, etc.), and the economy as a whole, the Ministry of Employment and Labour Relations through the National Tripartite Committee must, as a matter of urgency, prioritize this growing concern and engage with all stakeholders to address the issue without any further delay.

The resolution said that the government must, as a matter of priority, set up an independent body or mandate any of its existing regulatory institutions to supervise and ensure total compliance with the tenets of these development/stability agreements as the continuous neglect is a serious drain on the country and a leeway for multinationals to abuse such agreements with impunity.

“That given the importance of the Africa Mining Vision (AMV) to the development of Ghana and the continent at large, we stand with the Organisation of Trade Unions in West Africa (OTUWA) to demand through the Ghanaian Government to the African Union to step up efforts aimed at bringing the full implementation of the AMV to fruition. We are also calling on other civil society organizations and the media to join forces to push the continent to act on the AMV,” the union resolved.

It further urged the government as a matter of priority to check “the wanton depletion of the country’s finite mineral resources by taking practical steps to control the volumes to mine at a particular point in time, the union urged, saying this will ensure that mineral exploitation serves the needs of both current as well as future generations.”

They used the conference to swear into office newly elected GMWU executives.