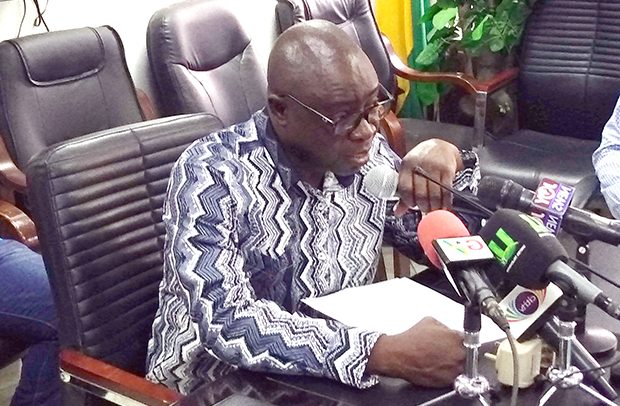 The Minister for Lands and Natural Resources, Kwaku Asomah-Cheremeh will tomorrow September 11, announce measures being put in place by government to curb the illegal harvesting and trading of Rosewood in the Country when he takes his turn at the Meet-the-Press series.
In recent times, there have been few reports on the illegal export of the rare species from Ghana by some illegal Chinese miners in spite of a ban that prohibits such trading activity. The Lands and Natural Rsources minister will give details on steps being undertaken by government to protect the endangered species that take almost 100 years to grow.

The minister will also outline strategies towards the implementation of forest plantation as well as provide further details on the status of some urban renewal Projects, specifically, the National Cathedral and the Marine Drive projects.

Mr. Cheremeh, will give an update on the status of digitization and automation of land registration being spearheaded by the Ministry.

He is expected to also update us on the current contribution of mining to Ghana’s economy as well.

The Press encounter will be telecast live on Ghana Television’s channel, Govern and also on all Ministry of Information social media platforms.