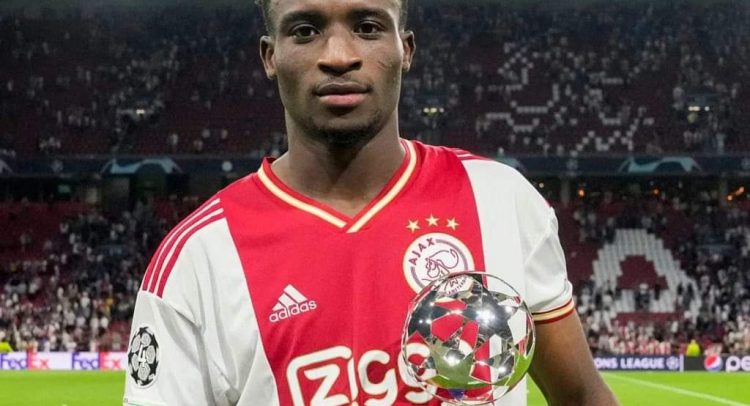 Ghana forward, Mohammed Kudus has been named Man of the Match after his outstanding performance for Ajax in the 4-0 victory against Rangers.

The Dutch giants today hosted the Scottish club at the Amsterdam Arena in the first game of Group A of this season’s Uefa Champions League.

Following a good start to the game, Edson Alvarez scored in the 17th minute to give the hosts a deserved lead.

Later in the 32nd minute, Mohammed Kudus displayed his brilliance and assisted Steven Berghuis to equalize to double the lead for Ajax.

Just a minute later, the talented Ghana forward went on a solo run and scored with a fantastic effort to ensure his team went into the break with a 3-goal lead.

Thanks to a goal from Steven Bergwijn in the 80th minute, Ajax secured a 4-0 win at the end of the 90 minutes to bag three big points.

On his first start for his club today, Mohammed Kudus played 88 minutes before his place was taken by compatriot Brian Brobbey.

He bagged the Man of the Match award for his jaw-dropping displays.

I Came Into Music Industry From Prison, Burna Boy Reveals