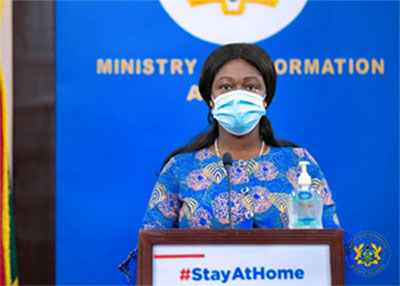 OVER 5000 Small and Medium Scale Enterprises (SMEs) have registered for the ¢600m Coronavirus Alleviation Programme (CAP).

The business support scheme, intended to support SMEs impacted by the novel Covid-19, has also received over 1000 calls from businesses.

President Akufo-Addo, on Tuesday, launched the fund intended to provide relief to SMEs across the country that had been negatively affected by Covid-19.

Executive Director of NBSSI, Esi Kosi Antwiwaa Yankey, addressing a Covid-19 press briefing in Accra on May 21, said SMEs had shown great interest in the scheme.

She said about 33 per cent of businesses that had registered were female-owned while about 66 per cent were male-owned.

She also announced that President Akufo-Addo had revised the interest rate of the loan from the initial five per cent to three per cent.

Mrs Yankey noted that the moratorium, however, remained one year, adding that the loan can be accessed over two to three years period.

She said the loan was accessible to everybody so far as the businesses met the selection criteria.

The NBSSI Director, however, said loan defaulters would be sanctioned by the financial institutions that would be disbursing the fund.

I Am Not Surprised Apraku Is Dead - Kennedy Agyapong