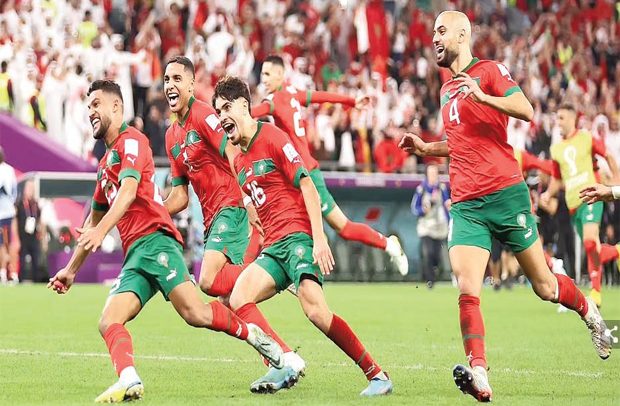 Morocco stunned Spain with a penalty shootout win to reach the World Cup quarterfinals after playing to a 0-0 draw yesterday.

Spain dominated possession in the first half but could not find a way past a resolute Morocco defence. The best chance of the half came when Morocco defender Nayef Aguerd headed over from close range.

The 2010 World Cup champions remained dominant but could not find a breakthrough inside 90 minutes, sending the game to extra time. Morocco enjoyed the better chances as they squandered a pair of one-on-ones and, with the scores still level, a penalty shootout was required.