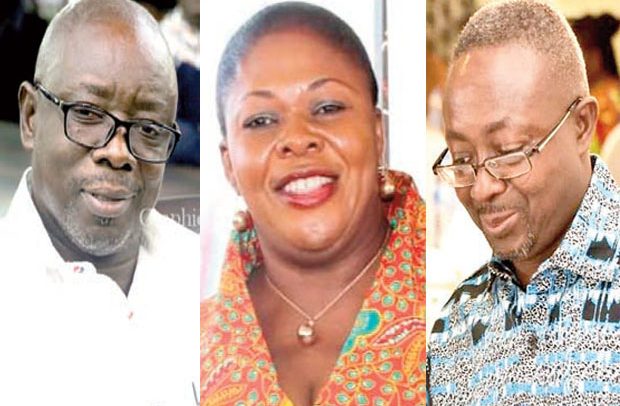 A media ‘war’ has ensued between the Bono Regional Minister, Evelyn Ama-Kumi Richardson, and the Member of Parliament (MP) for the Sunyani East Constituency, Kwasi Ameyaw-Cheremeh, over a proposed lease of government land opposite Sunyani Prison in the Bono Region.

The MP, who doubles as Majority Chief Whip in Parliament, is threatening to go to court to prevent the supposed lease agreement.

Residents of the Sunyani Municipality, who have been discussing the issue on radio stations, appear to support the decision by the MP to seek legal redress if the Regional Minister goes ahead with the planned lease of one and a half acre land, with several government buildings occupied by government workers, to a private developer called Frankescho Investment Company Limited.

Bono Regional Lands Officer Alhaji Mohammed-Abibu-Alhassan confirmed to DAILY GUIDE the existence of a proposal from the private developer for the land to be leased to the company.

He said the proposal was awaiting approval from the Lands and Natural Resource Minister, Kwaku Asomah-Cheremeh.

Interestingly, the Lands and Natural Resource Minister, who has the power to approve the deal, is the elder brother of the MP, who is putting up the fierce resistance against the move.

Mrs. Ama-Kumi Richardson took over as the Bono Regional Minister when Mr. Asomah-Cheremeh moved on to become the Lands and Natural Resource Minister.

The Regional Land Officer, explaining the mandate of the Land Commission as enshrined in Article 257 and 258 of the 1992 Constitution, said the commission, on behalf of the President, only manages public and vested lands but does not sell them.

“The commission doesn’t sell lands; we manage land on behalf of the government so we are not selling it. Rather, we want to lease it to a private developer who has brought up a proposal through the Regional Minister. It will not affect the bungalows there; it is only about three or four blighted buildings,” he indicated.

“The place is shanty area and does not befit the city (sic),” he said in favour of the proposed deal, adding that the redevelopment of public lands are ongoing throughout the country, citing as an example the demolition of bungalows belonging to judges in Accra to give way for the construction of the National Cathedral.

DAILY GUIDE investigations showed the land in contention, which adjoins the offices of the Brong Ahafo Regional Land Commission, is occupied by various government workers, including teachers, Sunyani Municipal assembly workers, nurses, among others.

If the proposal is approved by the Land and Natural Resource Minister, then it means all persons living there shall be made to move for the private developer to do the redevelopment.

However, Kwasi Ameyaw Cheremeh, who is the MP for the area, said on radio that “I don’t want to believe what I heard is true, but if it turns out to be true, I will personally go to court and fight for the good people of the region and the country.”

“We can’t afford to lose national assets which have been there under many successive ministers to a private business man because of the selfish interests of few people,” he fired.

Later, a press release from the office of the Regional Minister headlined ‘Allegation of Corruption Against Hon Evelyn’ vehemently denied the sale.

Parts of the statement read, “Hon. Minister is a woman of substance and with high integrity; emphatically, the Regional Minister has no interest in the sale of public land and bungalows.” 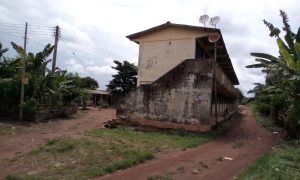 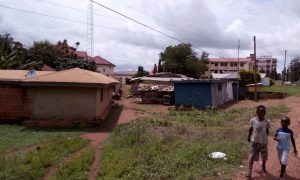 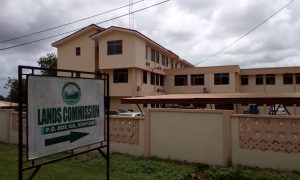