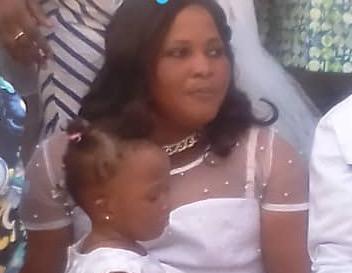 The deceased body has since been deposited at the Tamale Teaching Hospital mortuary.

Inspection conducted at the crime scene by the police led to the retriever of one shell.

DGN gathered that on July 30, 2019, the deceased was in the accompany of two other personnel at the Kumbungu Road checkpoint near Star Oil Filing Station.

At About 8:45 pm, an oncoming ash coloured salon car was signalled to stop on approaching the check point.

About four occupants of the salon car reportedly armed and dressed in military camouflage and wearing face masks and dessert boots suddenly got down and shot at the deceased, killing her instantly.

Another female police officer in an attempt to take cover stumbled and fell and her weapon together with that of the deceased were reportedly taken by the robbers.

The third officer who had then taken cover, reportedly fired at the robbers but they managed to escape with the two weapons.

The Regional Commander accompanied by other officers visited the scene and found the deceased in a pool of blood.

The Lamashegu Divisional Police Commander, Supt. Zoiku Dinam who confirmed the incident to DGN Online, said the police were yet to inform the family of the deceased about the incident, adding that they have to use the appropriate police structures.