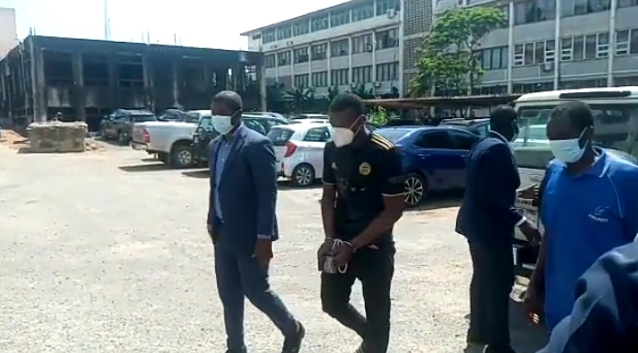 Richard Appiah,the man who allegedly killed and preserved the bodies of his victims into deep freezer at Abessim in Sunyani of the Bono Region enjoyed ‘OBRA’ song from the Legendary, the late Nana Kwame Ampadu, when he stepped into the court grounds on November 17,2021.

The case was held at the Kaneshie District Court. The Magistrate of the court, Her Worship Ama Adomako Kwakye, was on leave thus adjourning the case to December 16,2021.

This is the third time the case has been adjourned.

Immediately Richard stepped out from the police vehicle which transported him to the court premises, Nana Ampadu’s ‘OBRA” commenced playing at the background.

It is unclear if it was intentionally played to advise the suspect or mere coincident.