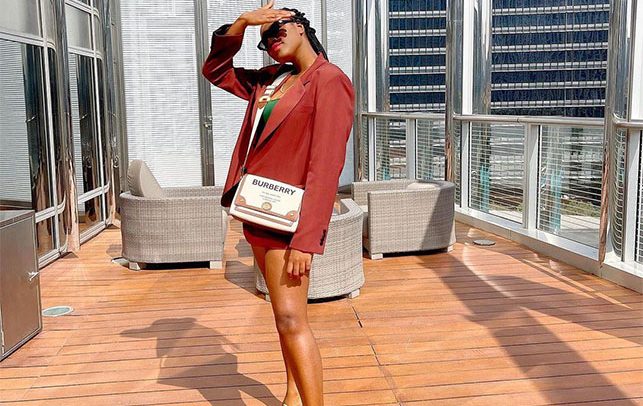 Award-winning actress, Yvonne Nelson took her birthday celebration this year out of the shores of Ghana for the first time.

She spent the special day on November 12, in Dubai in the United Arab Emirates with some close friends including popular music producer, Guiltybeatz, who produced three songs on Beyonce’s Lion King album.

On previous occasions, she hosted beach events in Ghana and also parties at home with her close friends.

However, this year’s was a different vibe. She travelled far with her friends to spend the day.

It is also the first time she has chosen Dubai as the destination for her birthday celebration. The reason is currently unknown.

In a video she shared to show how she celebrated the day, she was seen being chauffeur driven to a Dubai luxury beachfront for a boat cruise with her friends. After that, a surprise dinner was held for her.

The video also showed her taking a video at Dubai’s Burj Khalifa, the beautiful skyscrapers vicinity of Dubai where the luxury Armani Hotel is located.

The mother of one knows how to create a splash and her birthdays are one of her good moments.

Yvonne is one of Africa’s award-winning spectacular actresses. She is known for her roles in Princess Tyra, The Game and a host of others.

She has also gone on from acting to becoming a producer.

She produced the movie House of Gold, Single & Married, Single, Married & Complicated, If Tomorrow Never Comes, Sincity and Fix Us.

Indications are that she is soon returning on set for yet another great production.