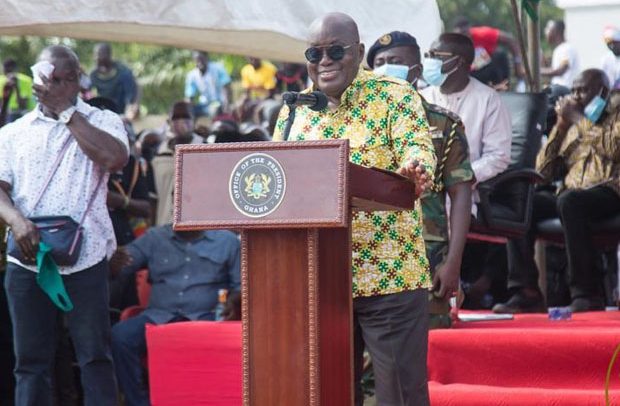 President Nana Addo Dankwa Akufo-Addo has thrown a shade at his political opponent and predecessor ex-President John Dramani Mahama, who has been claiming the sods that the President has been cutting to commence projects are ‘sakawa’ (deceitful).

According to the President, there is not a single project that he has broken grounds for works to commence that he did not first secure funding for such a project.

He said every project for which he has cut the sod since he assumed the highest office in January 2017 has had funding properly secured, adding that he is not like the National Democratic Congress (NDC) leader who went on a sod-cutting spree, knowing very well that there was no money to finance such projects.

“I am not like some people who rush to cut sods without securing the requisite funding for the projects. I will never do that. When I cut the sod, it means all the processes have been completed and the money for the project is available. I am not out to deceive anyone,” the President pointed out.

President Akufo-Addo threw the jab last Friday at Enchi on the second day of his three-day tour of the newly created Western North Region when he cut the sod for the construction of a 71.25-kilometre major Enchi to Elubo road at the cost of 15 million Euros.

“When I came here a year ago, I assured the chiefs and people that I will work hard to ensure that the Enchi to Elubo road commences. There were a number of processes like the contractor and funding sources that had to be completed before today’s ceremony could take place. All those processes have been successfully completed,” he said.

I don’t lie
The President told the enthusiastic gathering that one of the most important things for him in public life is for people to know that he is a man of his word and will not lie to them.

“When I was running for President in 2016, my opponents went around the country saying that whatever I said I was going to do was a lie. They said I could not do Free SHS because it would take 20 years to implement. Have I not done it?” he asked, to which the crowd, enthusiastically, responded “yes, you have!”

2023 Commissioning
He assured the chiefs and people of the area that “we have secured funding for this road (Enchi to Elubo), and a first-class contractor will work on it. The contractor has assured me that on 21st October 2023, I am coming back here to commission the road.”

President Akufo-Addo, therefore, appealed to the people of Aowin to vote massively for him and the NPP parliamentary candidate “so we can do more for you.” 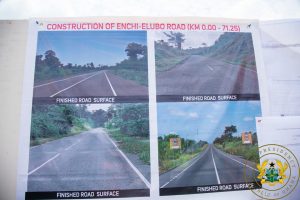 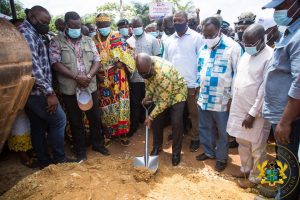 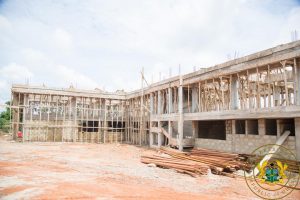 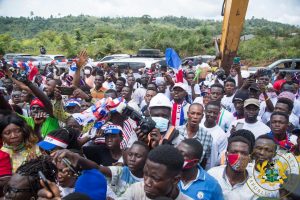 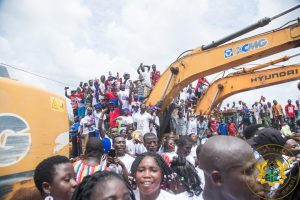 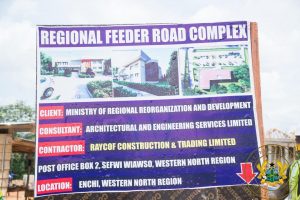 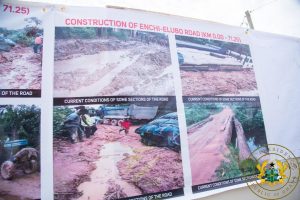 Deal with Separatists Without Fear or Favour – Awoamefia To Gov’t