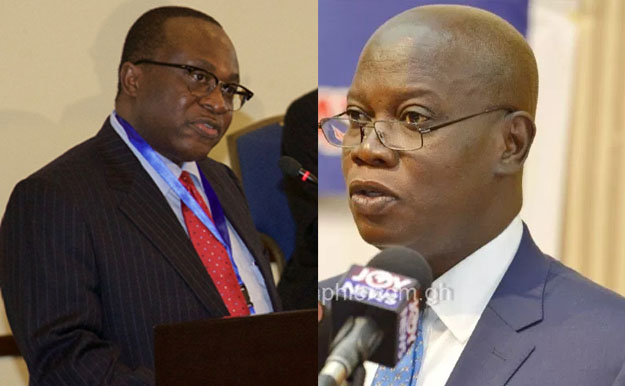 Some former board members of the National Communications Authority (NCA), who are facing trial for allegedly causing financial loss to the state, have once again filed applications praying an Accra High Court to halt its proceedings.

Lawyers for three of the five accused persons, Eugene Baffoe-Bonnie, William Mathew Tetteh-Tevie and Dr Nana Owusu Ensaw, filed the separate applications to stay the proceedings before the court to challenge a ruling of the presiding judge, Justice Eric Kyei Baffuor.

Thaddeus Sory, lawyer for Baffoe-Bonnie, has filed two separate applications for stay of proceeding; one challenging the ruling of the judge in a mini trial to determine the admissibility of his client’s caution statement in which he claimed the accused persons benefited financially from the purchase of the Pegasus equipment.

The other application is challenging the decision of the judge to dismiss an application for submission of no case filed on behalf of his client.

Two lawyers, Godwin Tamakloe, representing Tetteh-Tevie and Johnson Normesinu, who held brief for Samuel Codjoe, counsel for Nana Ensaw, are also challenging the ruling of the trial judge in respect of the applications for submission of no case.

The lawyers, therefore, prayed the court to halt the trial until the final determination of the appeals by the Court of Appeal.

Appearing before the court yesterday, Director of Public Prosecutions, Yvonne Atakora-Obuobisa, told the court that they have not been served with any of the applications.

The five accused persons are also facing 16 other charges, including conspiracy to steal, stealing, using public office for profit, money laundering, among others.

The prosecution closed its case before an Accra High Court on April 18, 2019 after calling six witnesses.

Immediately the prosecution closed its case, the defence lawyers informed the court that they would exercise their rights per Section 173 of Act 30 to file a submission of no case.

The presiding judge, in his ruling, dismissed the applications and ordered the accused persons to open their defence on May 30, 2019.