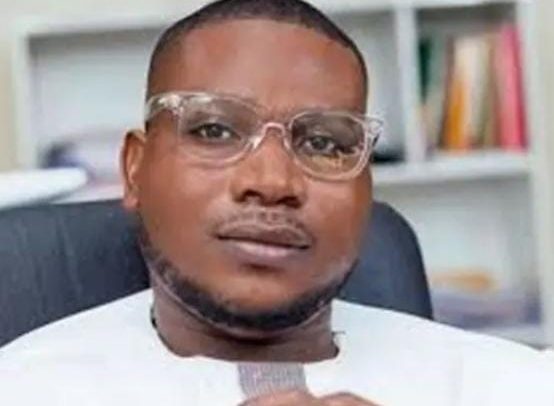 Executive Director of pro opposition pressure group, Alliance for Social Equity and Public Accountability (ASEPA), Mensah Thompson, has apologized to the Ghana Armed Forces (GAF) for wrongly stating that the Presidential aircraft of the Ghana Air Force was used by relatives of the President for a shopping trip to the United Kingdom between 20th and 30th of December 2021.

His apology on Facebook was before the GAF issued a statement denying his claim.

He had earlier written on Facebook that “So between the 20th and 30th of December, 2021l, during the Christmas, the children of a close relative of the President took Ghana’s Presidential Jet, the Falcon EX jet on a trip to the UK just for Christmas shopping. They didn’t go alone, they went with their friends and partied in the sky all through the trip, taking snap videos and flaunting their lucky adventure.

“Ghana has spent close to half a billion dollars in the last two years renting private jets for our President, whiles his family members continue to lavish in our rejected aircraft at the expense of the poor taxpayer.

“The Ministry of National Security, the Ghana Airforce and the Civil Aviation Authority would have to provide answers to the good people of Ghana why a national security asset like the Presidential jet was left at the mercy of spoilt youngsters who went partying around the world playing in Ghana’s Presidential jet, creating an international diplomatic spectacle embarrassing the country Ghana.”

But just before the GAF released its statement denying the claim, he wrote again that “I have had an extensive conversation this morning with the PRO of the Ghana Armed Forces under the usage of the Presidential jet by the children of the relatives of the President.

“In the same medium I made the earlier publication, I withdraw the publication pending an official response from the GCAA. I unreservedly apologize to the Ghana Armed Forces if their image was in any way affected by my publication.
“We shall put out for your consumption the response to our request from the GCAA records of the Falcon 900-EX.”

A statement issued by Acting Director Public Relations GAF, Commander Andy La-Anyone on Sunday, January 9 said “We wish to state without any equivocation that the said publication is untrue, frivolous, and without any basis. We additionally wish to state that the said aircraft has not been to Europe for a very long time and this publication is, therefore, a figment of the author’s imagination.

“These allegations can easily be verified since there is always a task order for the movement of all Ghana Air Force platforms.

“We believe that this unfortunate publication which has been circulated widely is a calculated effort to undermine the image of the Ghana Armed Forces in the eyes of the general public. More disturbing is the fact that whilst the GAF is focused on its mandate of protecting the territorial integrity of the country against serious external and internal threats, others are working very hard to distract us from our core mandate”.

“We are calling on all Ghanaians, especially politicians once again, not to drag the GAF into any partisan politics”.

The Ghana Air Force platforms will continue to be used for the interest of all Ghanaians including its traditional role of maintaining fighter ground attack capabilities and providing close air support during operations, as well as providing transport support to the Ghana Armed Forces. We will continue to provide surveillance over the air space of Ghana and the Exclusive Economic Zone of the country.

“Given the seriousness, we attach to such malicious publications, the issue has been referred to the Inspector General of Police for further investigations.”