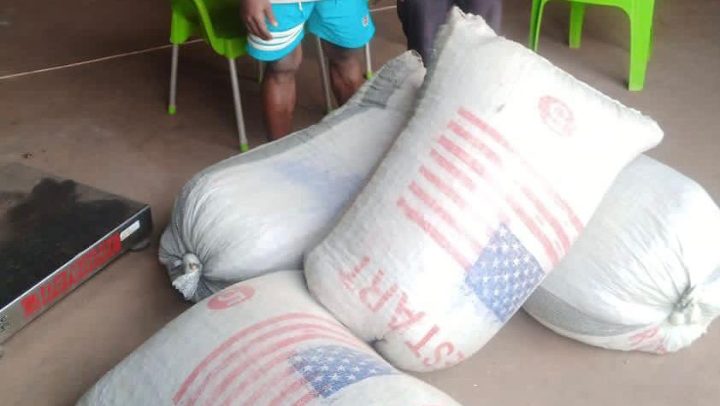 Two persons, Isaac Mensah, age 29 and Somevi William, age 30 have been arrested at Wli in the Afadzato South District of the Volta Region for attempting to smuggle Cocoa beans into the Republic of Togo.

They were arrested on Thursday, January 6, 2022, by a joint Police, Military, and Immigration team under the Operation Enhance Calm Life.

Inspector Prince Dogbatse of the Public Affairs Unit of the Volta Regional Police Command confirmed the arrest to DGN Online.

He narrated that the two suspects were in the company of other accomplices before their arrest.

The group, including Isaac and Some, had loaded four sacks of cocoa beans and were conveying them to Togo.

The Wli area is a border community that makes it easily accessible to Togo due to the porous nature of the Ghana-Togo boundary.

On reaching an area near the Ghana-Togo border, the joint security chanced on the smugglers and moved to arrest them.

Some of them (smugglers) managed to escape through the nearby bushes, but Isaac and Somevi were arrested before they could also escape.

Suspects are currently in police custody assisting with investigations.

They will be arraigned soon, Inspector Dogbatse has assured.